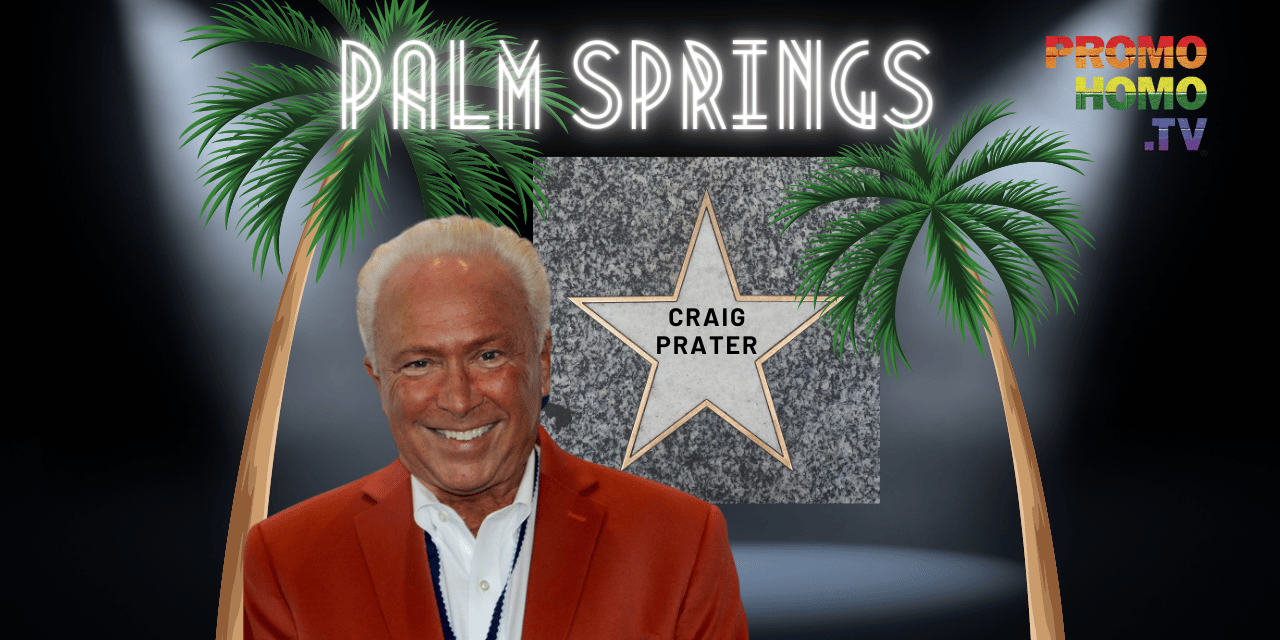 In this episode of Notes From Hollywood®, PromoHomo.TV® Producer/Host Nicholas Snow welcomes longtime friends of film festival impresario Craig Prater who will receive a much-deserved star on the Palm Springs Walk of the Stars Thursday, January 5, 2023, at 2 PM, directly across the main entrance to the Palm Springs Art Museum on Museum Way, just behind the Forever Marilyn statue adjacent the new downtown park.

While the honor is locked in, longtime friend Buzz Steussy and Indiana media icon Patty Spitler are joining with other friends and fans to raise the $15,000 it takes for the star installation process. To join them in celebrating Prater, please visit the official Go Fund Me campaign page.

Prater became a celebrity in his own right when he began his international film festival career with entertainer Sonny Bono at the Palm Springs International Film Festival (PSIFF) where he served as their Executive Director for eight years (Bono was mayor of Palm Springs from 1988 to 1992 and the Republican congressman for California’s 44th district from 1995 until his death in 1997).

He was hired by the Royal Thai government to direct the Bangkok International Film Festival where he served for 5 years. This government sponsored event was followed by government film projects in Captetown, South Africa; and Cabo San Lucas. Film events followed with the Latino Educational Foundation with Film Festivals in Tampa, Florida and Indio, California.