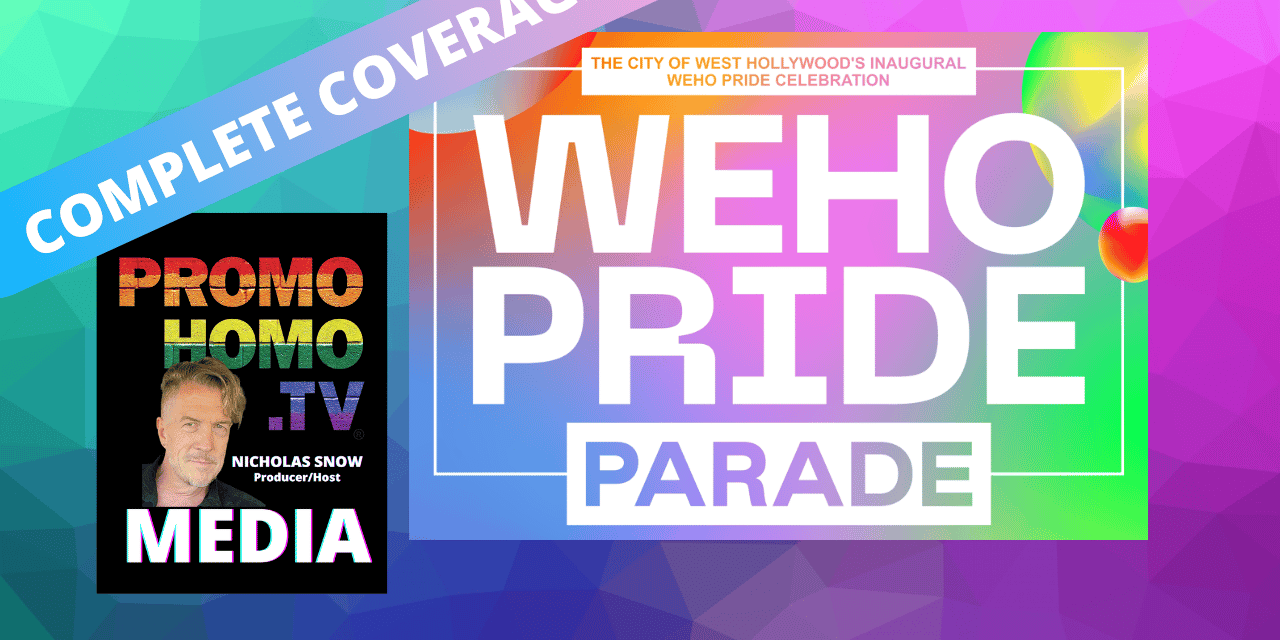 In this episode, Snow is LIVE (as broadcast June 5, 2022) for the Inaugural WeHo Pride Parade in West Hollywood, California.

This Pride Season, Producer/Host Nicholas Snow is taking his Snow on the road to West Hollywood, Los Angeles, Long Beach and San Diego, and will, of course, continue as the Official Broadcaster of the Palm Springs Pride Parade in his hometown. Plus, surprise destinations may be in store for you!

About the City of West Hollywood and WeHo Pride:

For more than three decades, the City of West Hollywood has been home to one of the largest Pride celebrations in the nation. Hundreds of thousands of LGBTQ people and allies from around the world make West Hollywood their regular destination during Pride. This year marks the City’s inaugural WeHo Pride. WeHo Pride Weekend (June 3 – 5).

Like/Follow Nicholas Snow’s Official Facebook Page to be notified of any live broadcasts!

PromoHomo.TV is presented with the support of: