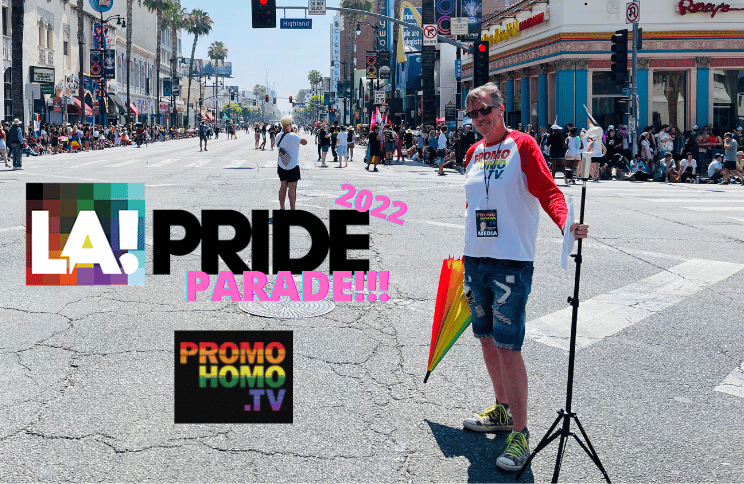 PromoHomo.TV’s Outinerary® is presented with the support of DAP Health, Pink Media and the #ILoveGay campaign, KGAY 106.5 Palm Springs and Eight4Nine, Restaurant & Lounge.

FROM CHRISTOPHER STREET WEST before the event:

Did you know? In June 1970, we held the first permitted gay parade in the world, right here in LA, on Hollywood Blvd.

We missed celebrating our 50th anniversary in 2020 due to COVID, so this year, we’re finally bringing the parade back to Hollywood Blvd. Come out and cheer for over 130 parade floats, marchers, trucks, exotic cars, twirlers, performers and more, marching in style as only the LGBTQ community of LA and its allies can!

Community Grand Marshal: SIR LADY JAVA. As a popular LA nightclub star in the 1960s, Java was targeted by LAPD for violating “Rule Number 9,” a ban on “impersonation by means of costume or dress a person of the opposite sex.” Java challenged the law, and with some help from the ACLU, she won in court: Rule Number 9 was struck down. Java is a trailblazer and legend, and we celebrate this living pioneer of LGBTQ rights.

This is the most comprehensive coverage of the 2022 LA Pride Parade you’ll find anywhere. Enjoy!