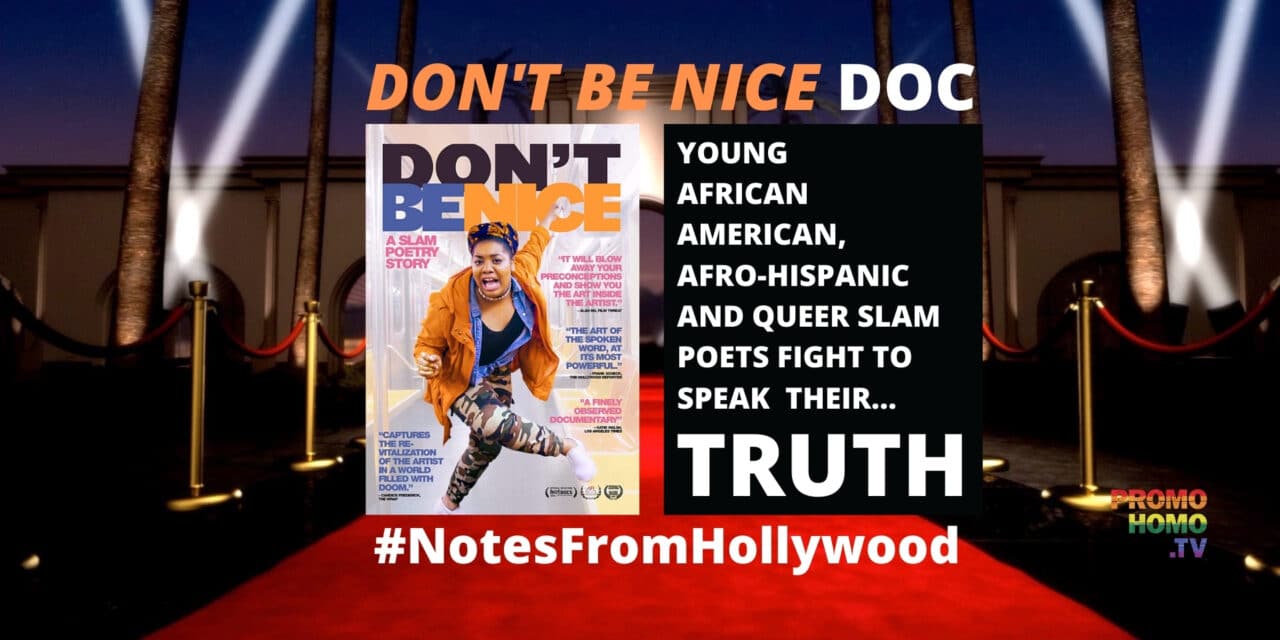 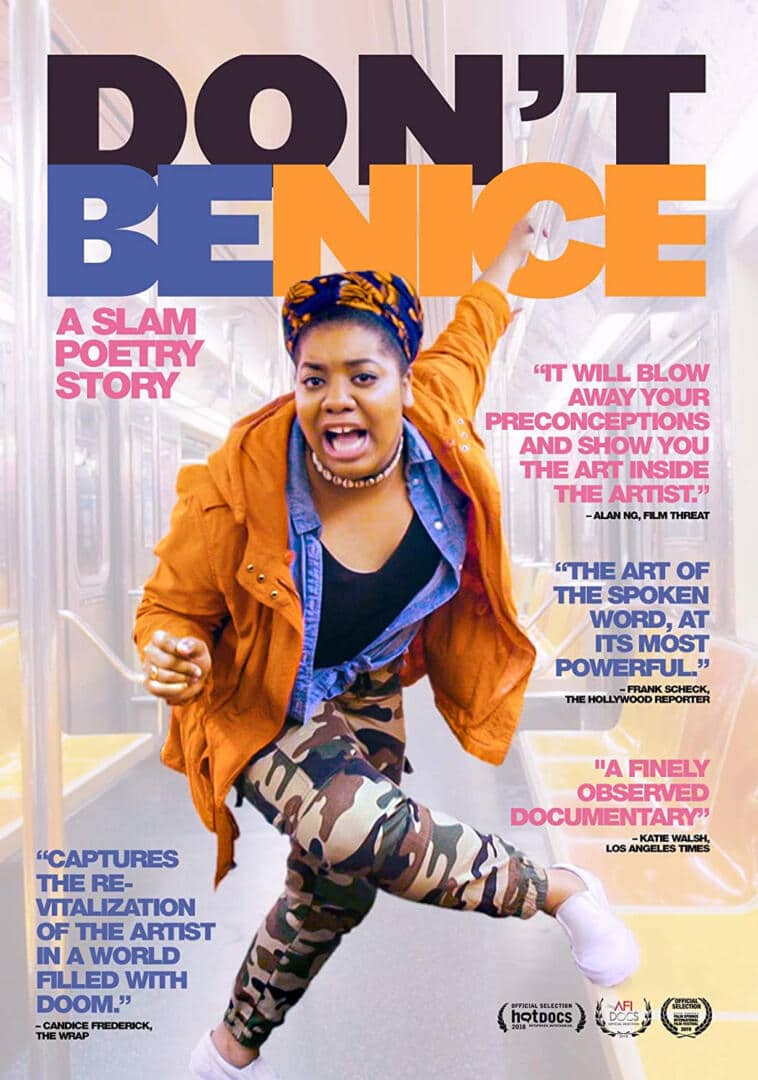 Challenged by their coaches to compete for the National Poetry Slam championship, the team breaks through personal boundaries and explores issues such as race, police violence, gender, identity, and sexual politics and creates its most vulnerable and honest work yet. DON’T BE NICE shows the risks artists take to find their voices, and the power those voices have to open hearts and minds.

On this episode of PromoHomoTV’s Notes From Hollywood, Producer/Host Nicholas Snow speaks with DON’T BE NICE Story Producer and Editor David Lieberman about the process of bringing these powerful voices, not only to the big screens of major film festivals, but to small screens as well, as the DON’T BE NICE is now available for purchase and on-demand across most platforms.

DON’T BE NICE is from Radio Drama Network and is distributed by Juno Films. The film is a Nikhil Melnechuk Production from producers Nikhil Melnechuk and Cora Atkinson, executive producers Melina Brown and Judd Ehrlich, consulting producers Caitlin Mae Burke, Katy Chevigny, and Melissa Jackson, and story producer David Lieberman. Peter Buntaine is the cinematographer with editing by David Lieberman and Nathan Punwar and music by Khari Mateen. 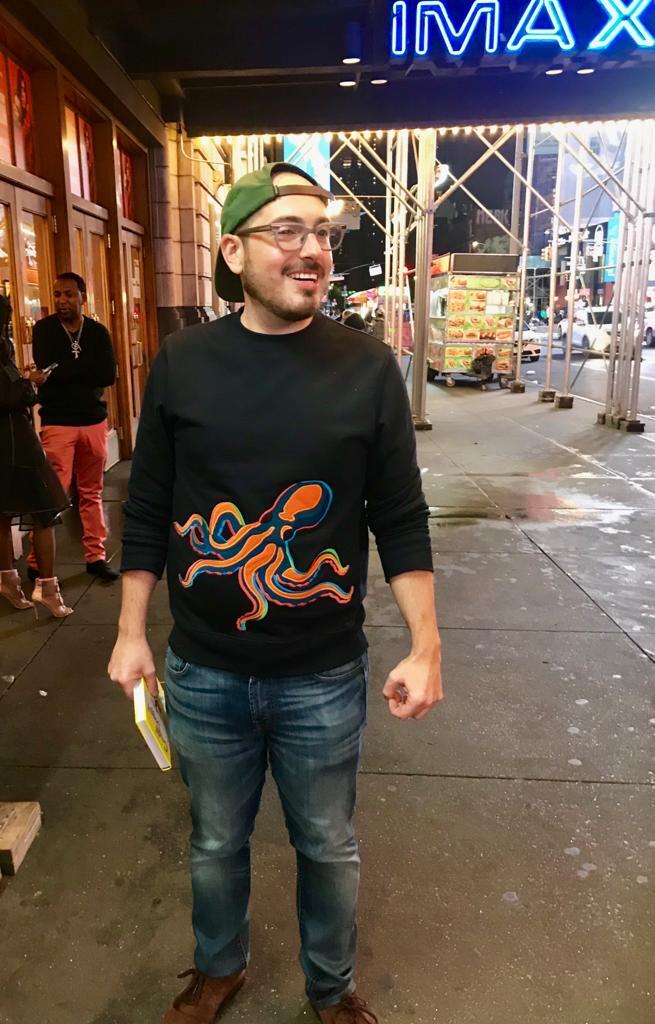