LGBTQ Elders Recite “A Letter to My 18-Year-Old Self”

The fabulous Davey Wavey put out a call to LGBTQ elders recently…I responded and he classified me as Elder-Adjacent!  Here’s the finished product, and I am delighted to have made the cut. 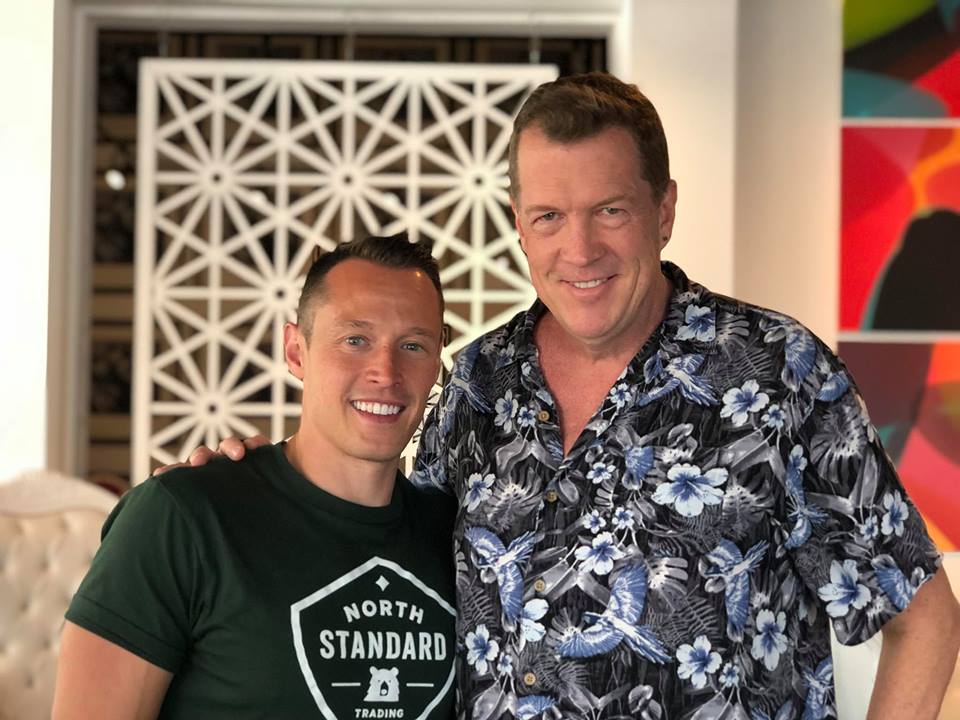 Davey Wavey and Nicholas Snow, as photographed at EIGHT4NINE Restaurant & Lounge during a lunch break from the “Letter to My Younger Self” video shoot, filmed at The LGBT Community Center of The Desert.

As part of sharing the video, I am also bravely and boldly posting my entire letter, as seen below.  For the record, the headshot of me is probably when I was in my early 20’s….  I did not have access to a photo of me at age 18 in time for the shoot.

I am so honored to have been included with so many community members that I know and love, in a community that I cherish, and one that is celebrated across the globe. 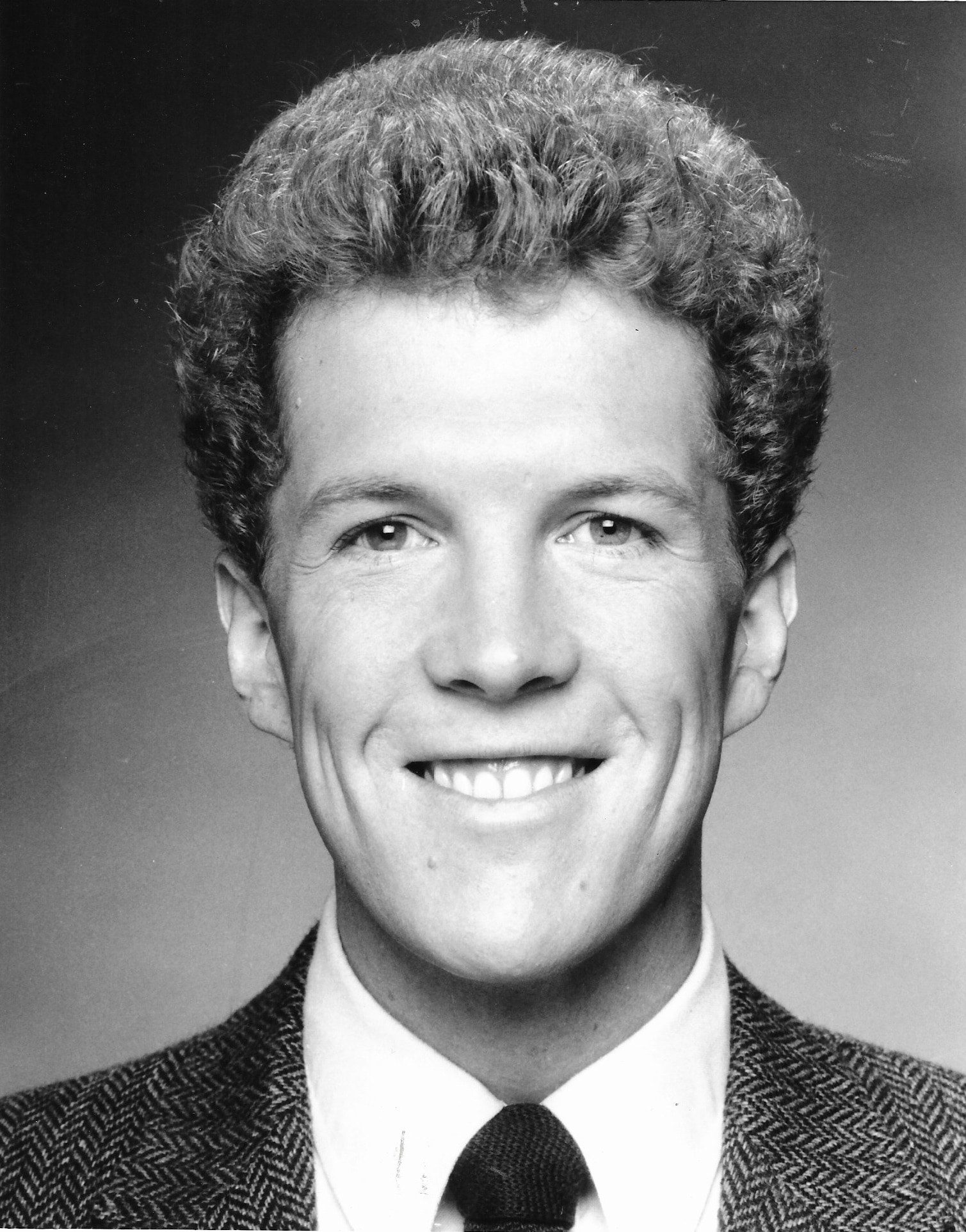 A Letter to My Younger Self

(I turned 18 on April 25th, 1980, and graduated from Flagstaff High School the first week of May)

I know everybody calls you Nick but this summer, when you go to college and start meeting a brand-new set of people for the very first time – people who haven’t known your whole life – you’re going to start introducing yourself as Nicholas so I’d thought we’d start early.  I am really honored to be able to write this letter to you.

You may not know this, but you’re pretty spectacular.  You’re a good kid.  And I know you don’t know this, but you are a bit traumatized.  You’ve had a rough time of it, having endured a decade or more of verbal assaults on the very essence of you are, and who you will discover yourself to be.  No, as many times as you’ve been called this, you are not a fag.  That’s an ugly word, spewed with hate by ignorant people who themselves are lost and searching and afraid.  You are not a faggot either.  Same meaning.  More syllables.  More hurtful.

And you are not a queer in the way that it is hurled at you, although one day you’ll use that word in a very positive, powerful, world-changing way, in Hollywood no less.

You are however, gay.  And that’s really positive and beautiful thing.  It simply means that the essence of who you are, your mind, body and spirit, is deeply and irrevocably attracted to other men.

You are not gay because your parents were divorced.

You are not gay because you were molested by your male baby sitter when you were in the third grade.  I know you are confused by this because you’ve been gay all your life, and therefore you are attracted to boys and men, and you were attracted to your male baby sitter, even in the third grade.  But as you will come to understand, you were still molested, and even though part of you enjoyed what happened, it was then, and remains now, completely unacceptable, and morally reprehensible, for an adult to be sexually involved with a child. And it was the right thing to have done to tell you mom about it.

And no, you are not gay because your dad was killed a month before your 10th birthday, and you were raised by a powerful mother.

You are gay because you were born this way….and there’s a famous singer who, in the future, will drive this point home.  You will love her.

You may not know this, but you have been emotionally traumatized by this lifetime of bullying.

On the outside, you’ve done a great job of putting on a straight face, as they say, but at one level you are filled with self-contempt, and a deep sense of unworthiness.  You will one day say that you feel guilty for ever having taken up oxygen on the planet, and you will fight and struggle to learn that you are a gift to humanity.  And you are.  I want you to know that, from the bottom of my heart.  Start believing it now.  Start accepting it now.  Start knowing it now.

Your girlfriend?  Yes, she’s beautiful, talented, you look great together, and even though you met at that music competition, you’re headed to the same college and the relationship looks promising.  Because you are such a great guy, out of your love for her, you will look more deeply within, and out of a desire to be honest with her, you will be more honest with yourself.  There will be a ground-breaking Hollywood movie called Making Love that will help you seen how cool it was that you were honest with your girlfriend, and yourself.

I’m sure by now you’re remembering how you’ve always been deeply attracted to other guys in your school.  Yes, you’ve built up your self-esteem by excelling in music and drama, and have been rejected by your peers and the athletic clicks, even though you’re great friends with some of the cheerleaders.  But I have some interesting news for you.  In three years from now, on a dance floor in a gay bar, you’re going to bump into one of the hottest jocks in your school and he’s going to tell you that every time he’d see you walking down the hallway, he’d get a hard on.  Yes, you’re hot, so don’t wait decades to accept this fact.  Own it now.  And yes, you and the jock will have a wild weekend of really hot sex – something to look forward to.

And regarding your creativity, you have an abundance of it.  Here is your life’s purpose, “To honor and express your creativity in a way that makes a difference.”

This might be a bit scary, but you’ll major in communication in college at the same time people in your life will start dying way too young.  This loss, combined with what you are learning about the power of your own voice, will set you on a path of a lifetime of activism, and you’ll be good at it.

And finally, you’ll be voting in your first presidential election soon.  Even though you’ve grown up in this conservative, Arizona Republican family, deep inside you’re a Democrat, so don’t, don’t, don’t vote for Ronald Reagan.  You’ll thank me later.

With love and admiration,