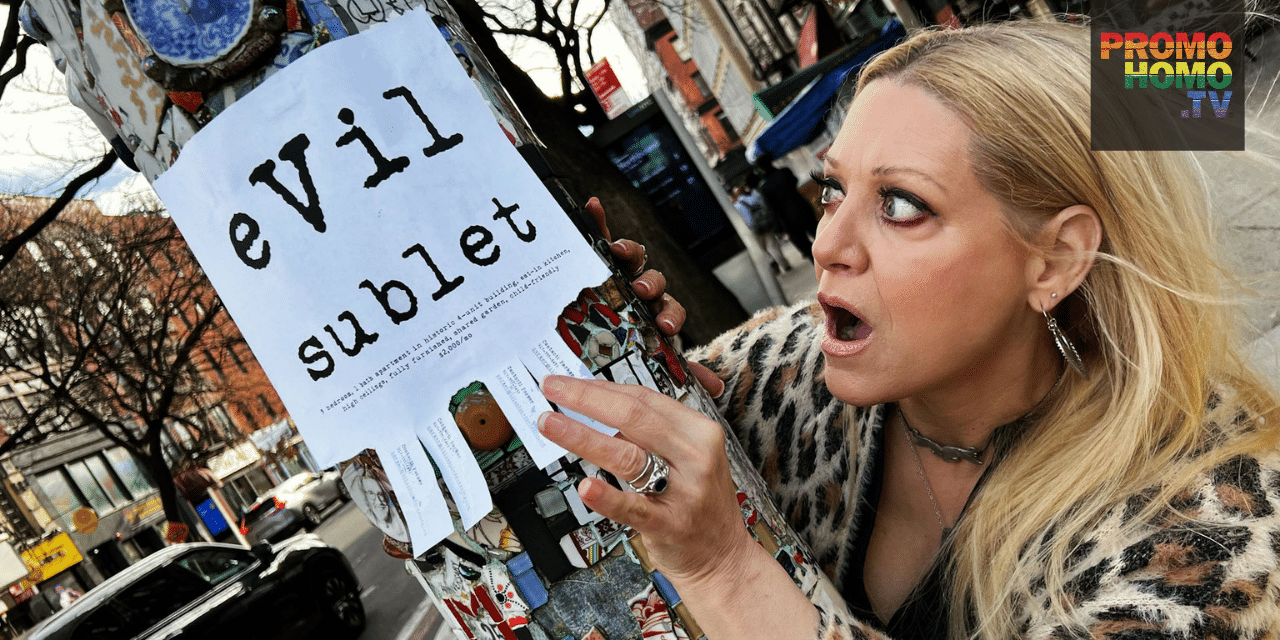 Says the creative team, the story is “Inspired by true events in the allegedly haunted apartment where it was shot, eVil Sublet is made by a husband, wife, and best friends. It defies gender, sex, and age stereotypes, with a woman over 50 as the star and a cast led by predominantly LGBTQ+ actors playing LGBTQ+ characters.”

Alex (Jennifer Leigh Houston) and Ben (Charley Tucker) are getting priced out of their NYC neighborhood by rising rents when they suddently find a deal that’s too good to be true— a fully-furnished three-bedroom downtown sublet for only $2K a month. The listing does say it’s “evil,” but Alex assumes that’s short for “East Village,” like “SoHo” as an abbreviation for “South of Houston” or DUMBO for “Down Under Manhattan Bridge.”

When they check it out, the broker confesses that previous tenants have come to horrific ends. But finding an NYC apartment is always about trade-offs, and the risks of a supposed haunting seem small compared to 2,000 sq ft and an eat-in kitchen.

Unfortunately, a bad roommate situation can ruin any dream apartment, and a horde of murderous ghosts turn out to be more than Alex and Ben can handle. With the help of Alex’s ex-girlfriend (Leanne Borghesi) and a pair of Coney Island paranormal investigators (Pat Dwyer, Stephen Mosher), their lives soon depend on escaping the evil of their sublet.