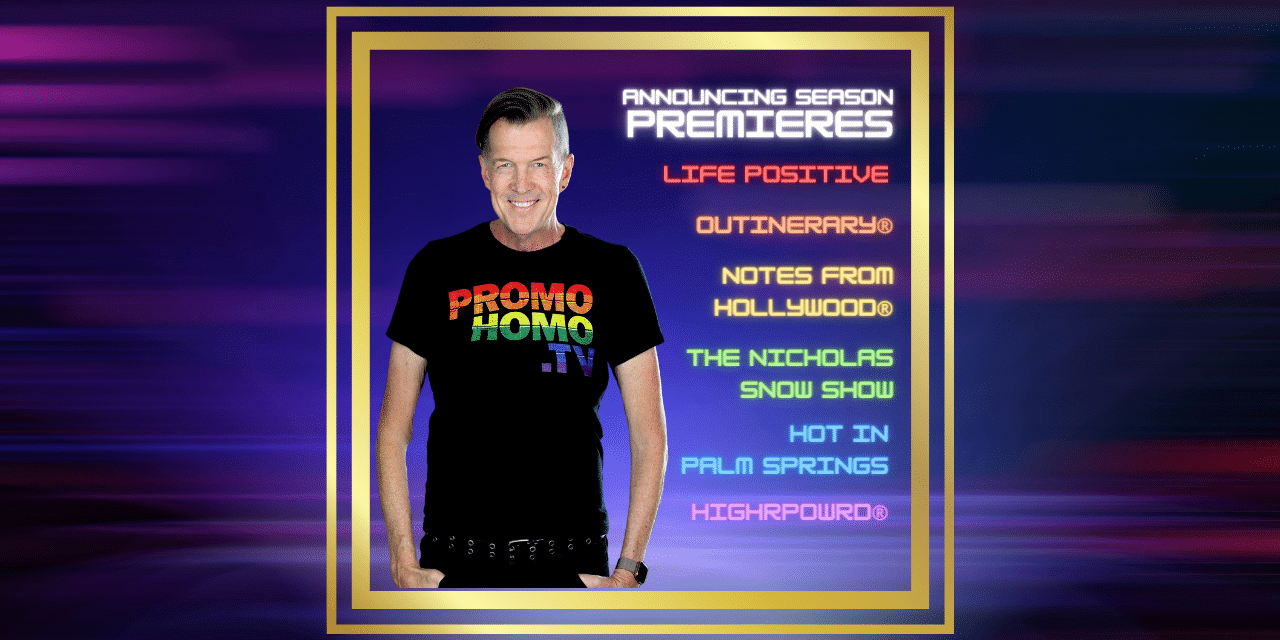 Returning are The Nicholas Snow Show, Outinerary®, Notes From Hollywood®, HIGHRPOWRD® and Hot In Palm Springs; with the series premiere of Life Positive and a live, multi-camera broadcast of the Palm Springs Pride Parade 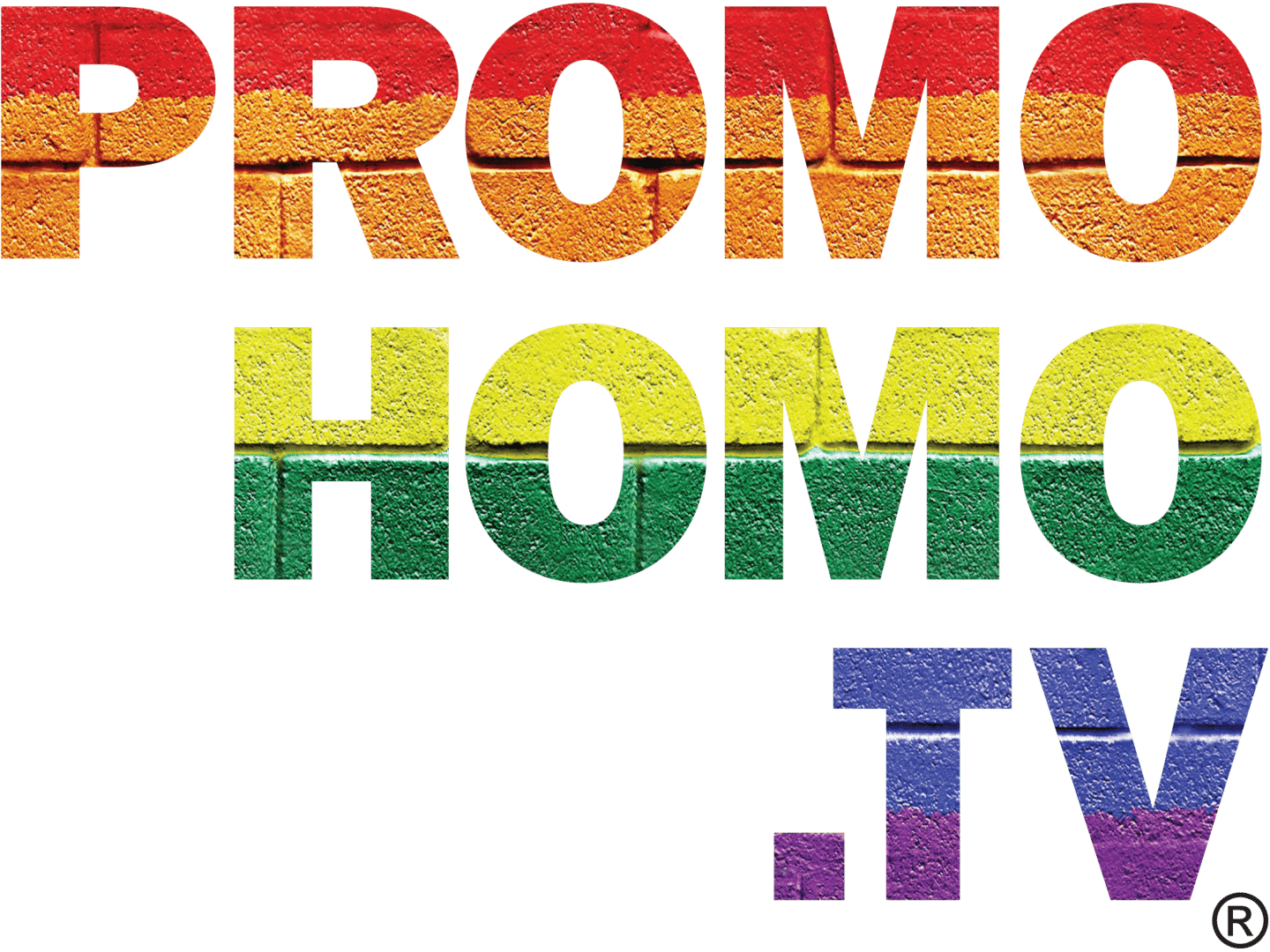 PromoHomo.TV® programming reached hundreds of thousands of viewers across social media platforms before the pandemic but—while sheltering in place for over a year in his modest apartment in the affordable housing complex on the campus of DAP Health in Palm Springs, California—Producer/Host Nicholas Snow expanded PromoHomo.TV® into a full-fledged online streaming network with television-quality programs created for a global audience. 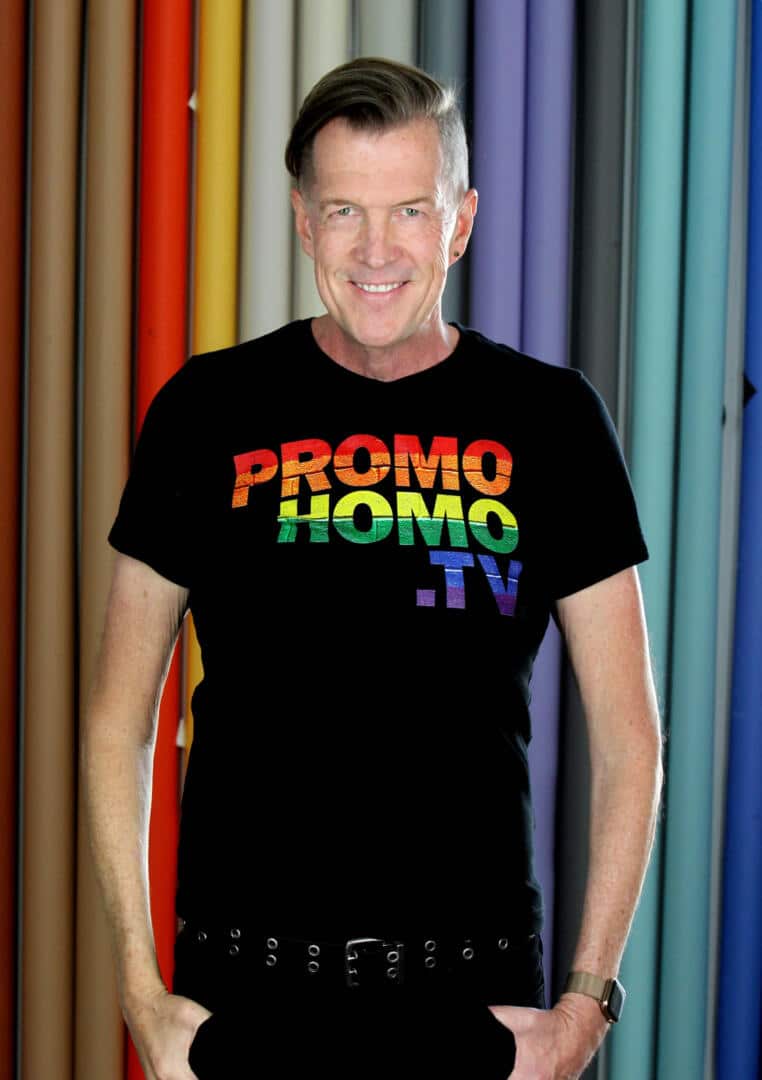 Snow, who describes himself as a Multimedia Entertainment Activist, explains, “Yes, I really have launched a television network from my converted bedroom. I am committed to creating programming that includes, celebrates, and empowers the diversity and intersectionality of all of us. PromoHomo.TV® is, in fact, ‘Connecting the Circuitry of Humanity by Creating Programming for LGBTQ+ Everyone!’”

A highlight of the fall season will be the PromoHomo.TV® live broadcast of the Palm Springs Pride Parade, Sunday, November 7th.

PromoHomo.TV® launches the Fall 2021 season September 14th (live, 6:00 PM PDT) with the series premiere of Life Positive, inspired by Snow’s living-powerfully-with-HIV memoir, Life Positive: A Journey to the Center of My Heart.

A big thank you to Patrick Evans and KESQ’s Eye on the Desert for previewing the PromoHomo.TV® 2021 Fall Season, as seen above.

Life Positive the series is “Spotlighting people living with, impacted by, and/or working to bring about the end of HIV/AIDS,” with the premiere focusing on the upcoming Aging Positively – Reunion Project virtual conference taking place virtually (so it’s accessible worldwide) September 18th.

Next up, OUTINERARY®, which is “Spotlighting Out of This World Travel while being Out IN This World.” The season opener features a trip to Los Angeles for Opening Night of Hamilton at the historic Pantages Theatre, soundbites from the show’s cast, and a look at Broadway in Hollywood’s spectacularly implemented pandemic safety protocols. Click to watch on YouTube.

The Nicholas Snow Show spotlights topics and conversations focused on expanding the consciousness of participants and viewers worldwide, both literally and philosophically “Connecting the Circuitry of Humanity.” Featured in the season premiere, Imani Rupert Gordon, Executive Director of NCLR, the National Center for Lesbian Rights. “More people need to know the amazing impact NCLR has had on all LGBTQ+ civil rights, and the work they continue to do” explains Snow.

Originally established by Nicholas Snow in 1990 as a syndicated column—“to examine and strengthen the relationship between the entertainment industry and the LGBTQ+ Civil Rights Movement, thereby positively impacting the movement itself—Notes From Hollywood® the series now features “Reports & Profiles of People Passionately Pursuing Professions in the Entertainment Industry.” In the season premiere, a rare on-camera interview with Hollywood photographer John Paschal, who talks about his experiences photographing icons such as Bette Davis, Elizabeth Taylor, Brad Pitt and others. Also this season, the Notes From Hollywood® storyline follows Snow’s own journey as an actor.

HIGHRPOWRD® features “Stories of Experience, Strength and Hope, Infusing Infinite Views of Spirituality and Purpose.”  A key focus of this series is to “take recovery out of the closet,” giving people the opportunity to share their triumphant stories without identifying specific 12-step programs (in keeping with the traditions of these programs). Additionally, inspiring thought leaders from all walks of life are featured. The season premiere episode examines “Why sex work is spiritual work” with special guest David P. Wichman who speaks from personal experience.

Hot in Palm Springs spotlights news, views, and profiles relevant to residents of and visitors to the City of Palm Springs and the Greater Coachella Valley. The season premiere features a tour of the expanded LGBTQ Community Center of the Desert as well as an interview with their new executive director Rob Wheeler, and will be broadcast live from The Center Social—Wednesday, September 22, at 5:30 PM at the Saguaro Hotel—the Center’s first significant in-person event since the COVID-19 pandemic began.

Also at PromoHomo.TV®, archival episodes of Tinseltown’s Queer, which Snow produced and hosted throughout most of the 1990’s in the Los Angeles Metropolitan Area on multiple public access television stations, reaching up to 600,000 households on a regular basis.  These historic vintage episodes are being digitized for worldwide streaming and with plans underway to donate the collection to the One Archives at the USC Libraries.

PromoHomo.TV is distributed in partnership worldwide with the #ILoveGay campaign which has over a half million followers across Twitter; and with Coachella-valley based media partners KGAY 106.5 Palm Springs, GayDesertGuide.LGBT and the #ILoveGayPalmSprings podcast.

“We’re excited to continue our partnership with Nicholas Snow and PromoHomo.TV®,” explains Matt Skallerud, President of Pink Media and founder of the #ILoveGay campaign, “continuing our long history of working together since the mid-90s, when we collaborated with him on Tinseltown’s Queer and the first incarnation of The Nicholas Snow Show. Fast-forwarding to today, the fundamentals are the same… telling and sharing unique stories from the deep well of experience and knowledge that is our LGBTQ+ community.”

“What’s different now,” explains Skallerud, “is in how we tell and share these stories. Social media has empowered all of us to be storytellers, and with the #ILoveGay network we’ve developed, we’ve created an environment where we’re simply a part of these conversations, allowing us to play a part in sharing and enhancing the reach of the stories PromoHomo.TV® continues to tell.”

Concludes Snow, “When I worked with Matt and his business partner, Fabrice Tasendo, in the 1990’s—beloved friends of mine ever since—one of the most compelling soundbites I used in interviews was, ‘The internet is allowing us to jump homophobic Hollywood gridlock and go directly to a global audience that wants and needs entertainment product for and about their lives.’  In the year 2021, almost 30 years later, I am thrilled to continue the work because we still have a long way to go.”

To find live and on-demand broadcasts, visit www.PromoHomo.TV,or like and follow @PromoHomoTV on your favorite social media platform: