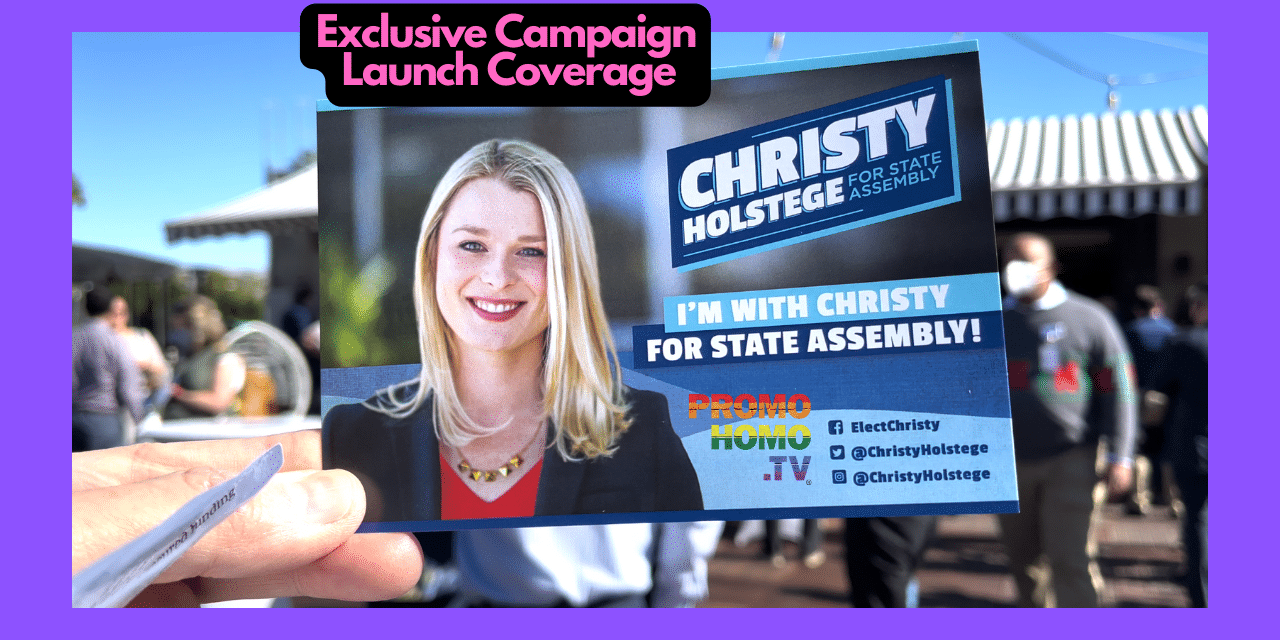 January 30th, 2021, when her first in-person event of 2022, and the official launch of her campaign took place, former Mayor of Palm Springs and current Councilmember Christy Holstege had been running unopposed or Assembly District 47 for six months as a Democrat. Since then, staff member for Chad Mayes, Greg Wallis, has entered the race as a Republican.

Ahead of the event, Holstege expressed, ““I thank everyone for their support, encouragement and contributions to our movement to bring the Assembly District 47 the representation it needs. Since the launch of our campaign seven months ago, we’ve amassed support from nearly 20 labor and advocacy organizations and over 40 federal, state and local elected leaders. I’ve dedicated my career to advancing justice, fighting for our community’s most vulnerable and ensuring everyone has a seat at the table where decisions are being made, and I look forward to advocating on behalf of AD-47 and California. Sunday marks a celebration of all we’ve accomplished as we look forward to what’s to come! Let’s get to work!”

While other journalists were in attendance, PromoHomo.TV® brings you the most comprehensive coverage.