Renaissance Man Del Shores Talks “This Side of Crazy” and More 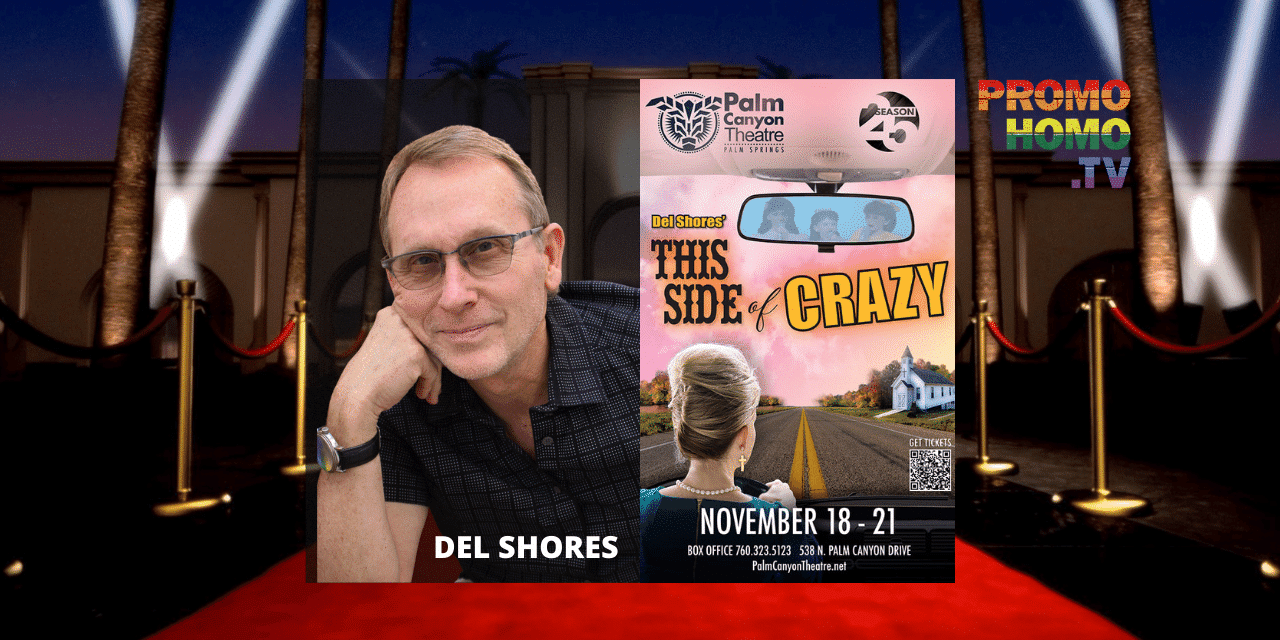 Writer/Director/Producer Del Shores is featured on this episode of Notes From Hollywood® days before his play, This Side of Crazy, opens for one weekend only at Palm Springs’ celebrated Palm Canyon Theater (PCT). PromoHomo.TV® Producer/Host Nicholas Snow has been reporting about Del and his work for decades (and Snow once appeared in a PCT production of Jesus Christ Superstar). 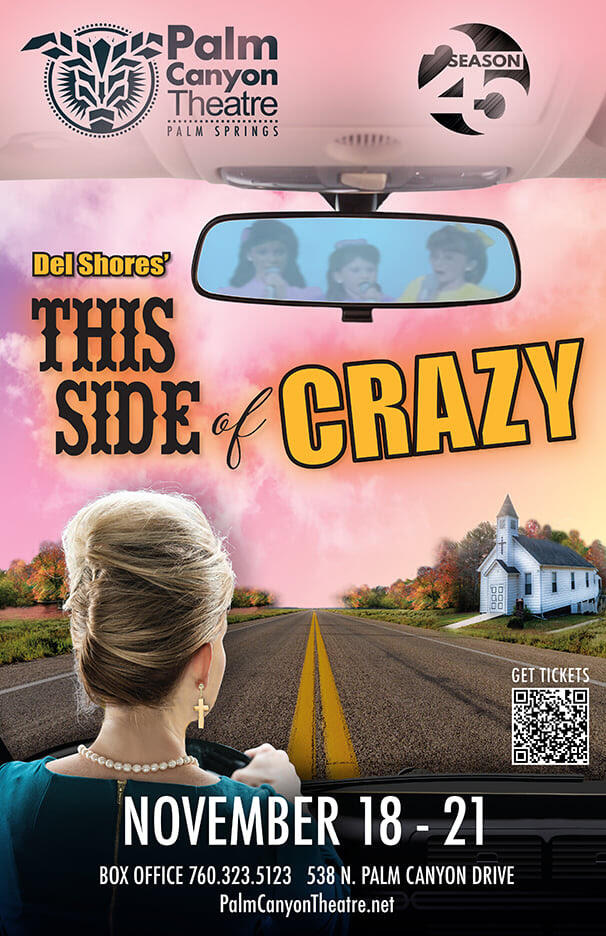 Opening night, Thursday, November 18, will be a very special evening at Palm Canyon Theatre. Del Shores will join us live at the theatre to introduce the show and will participate in audience Q&A after the show. All Del Shores fans will not want to miss out on this very special personal appearance and opportunity to ask him questions.

The plot of This Side of Crazy evolves around Ditty Blaylock, the most prolific singer in gospel music history, who is being honored by Gospel Music Network. But there is one glitch. Ditty has promised a reunion of The Blaylock Sisters, her three adult daughters who were once national sensations – “Little Superstars for Jesus.”

Rachel, the oldest sister, who lives with Ditty, is furious when she finds out that her baby sister Bethany, an atheist and lesbian, and Abigail, her middle sister, who has “anger issues” and currently is confined to a mental facility, are headed home. These complicated sisters have been estranged for over twenty-five years — and extreme past circumstances, including a husband left in a coma, have made reconciliation impossible. Once reunited, secrets are revealed, tempers flare and family wounds are exposed. But… the show must go on! 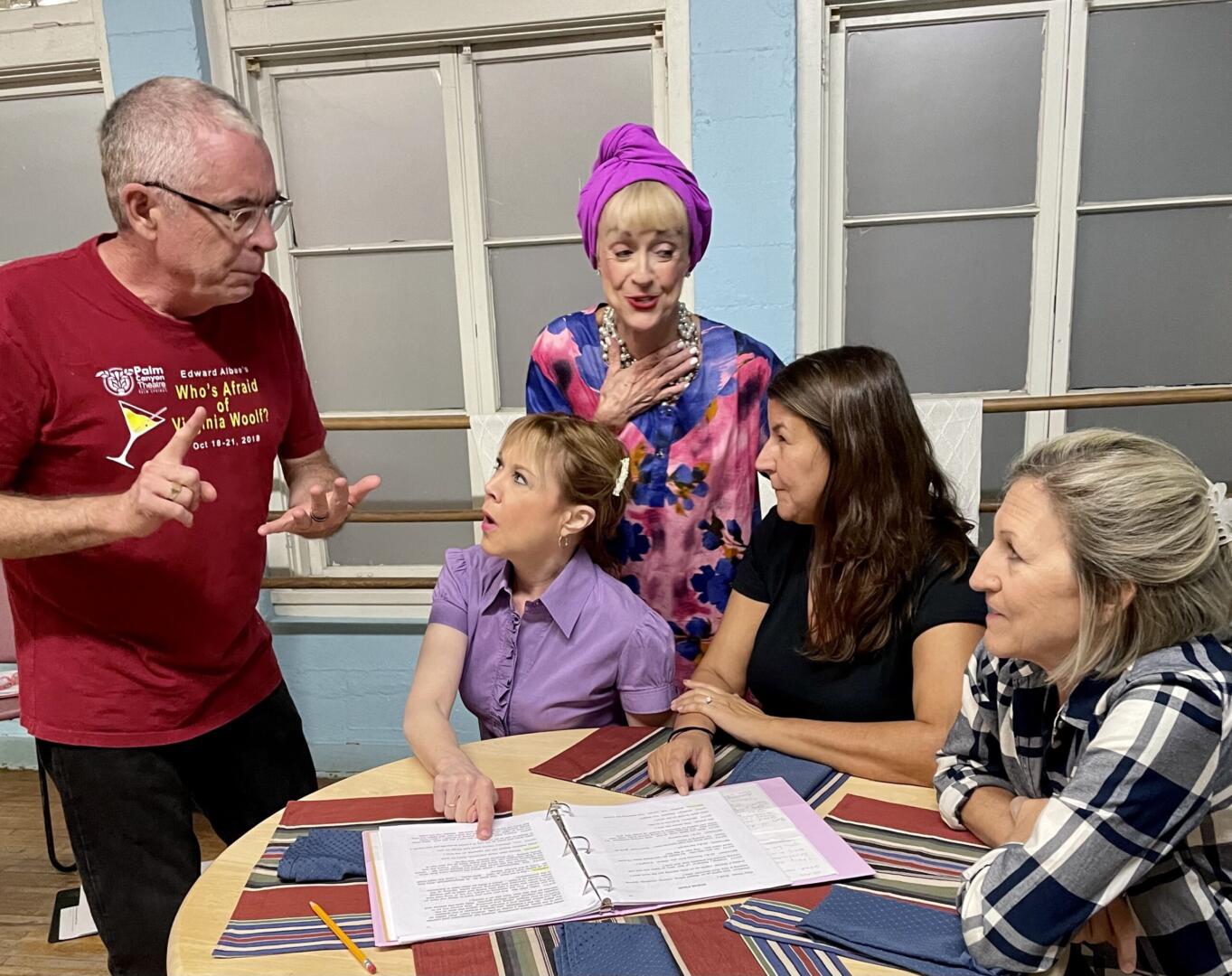 Palm Canyon Theatre’s production of This Side of Crazy is directed by Richard Marlow and has a strong cast of four powerful women actors: Deborah Harman, Yo Younger, Denise Strand and Melanie Blue.

For tickets or other information, call the PCT Box Office at 760-323-5123 or order online at PalmCanyonTheatre.org. Palm Canyon Theatre is located at 538 North Palm Canyon Drive, at the corner of Alejo Road. Box Office hours are Tuesday-Saturday, 10 a.m.-4 p.m. 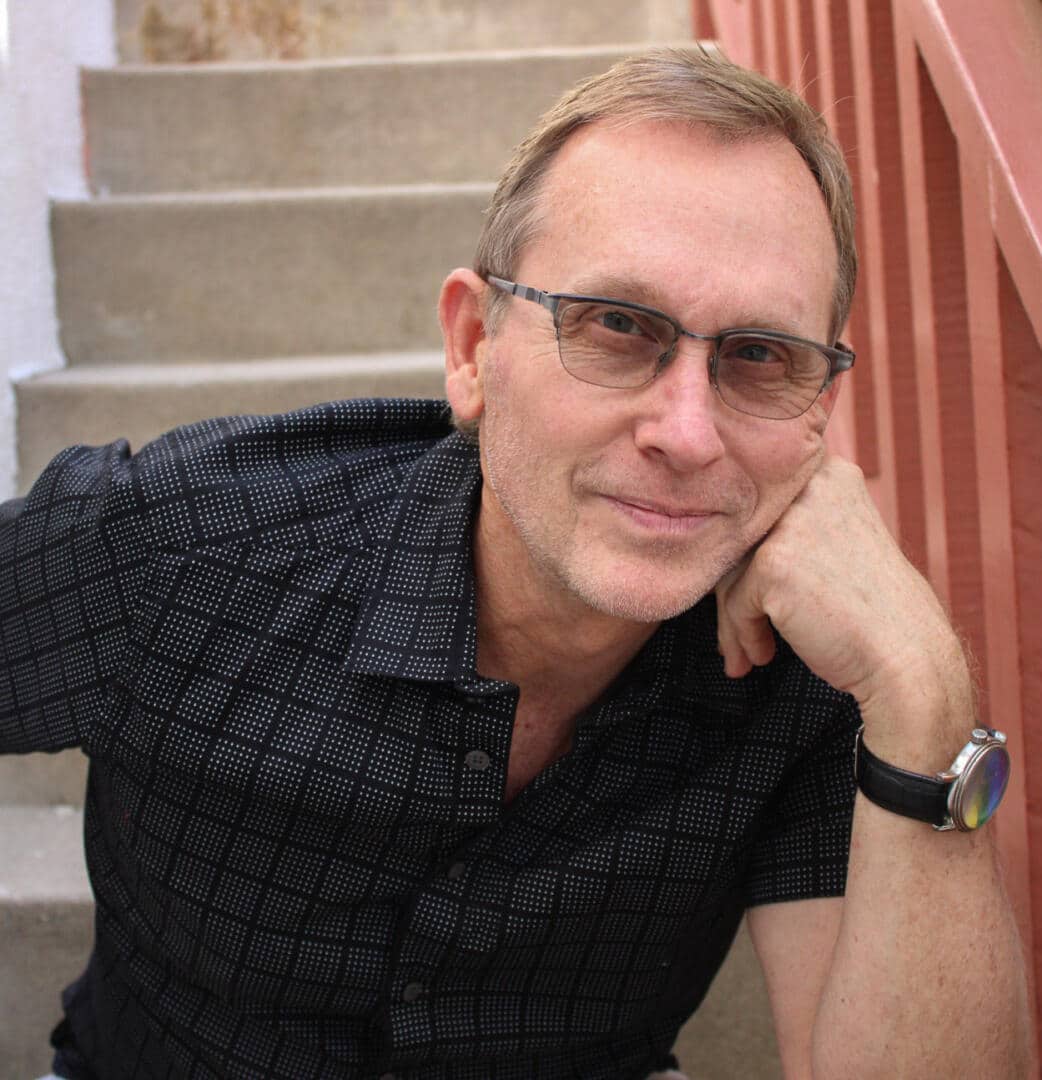 As a performer, Shores has performed in hundreds of standup gigs and in 2018 completed a national tour of his critically acclaimed award-winning one-man play Six Characters In Search Of A Play directed by Emerson Collins. The play was filmed and is now streaming worldwide. His tenth play A Very Sordid Wedding (based on his 2017 film) just had its world premiere in September 2021, playing to sold out houses at Kalita Humphries Theatre in Dallas for Uptown Players. Shores directed.