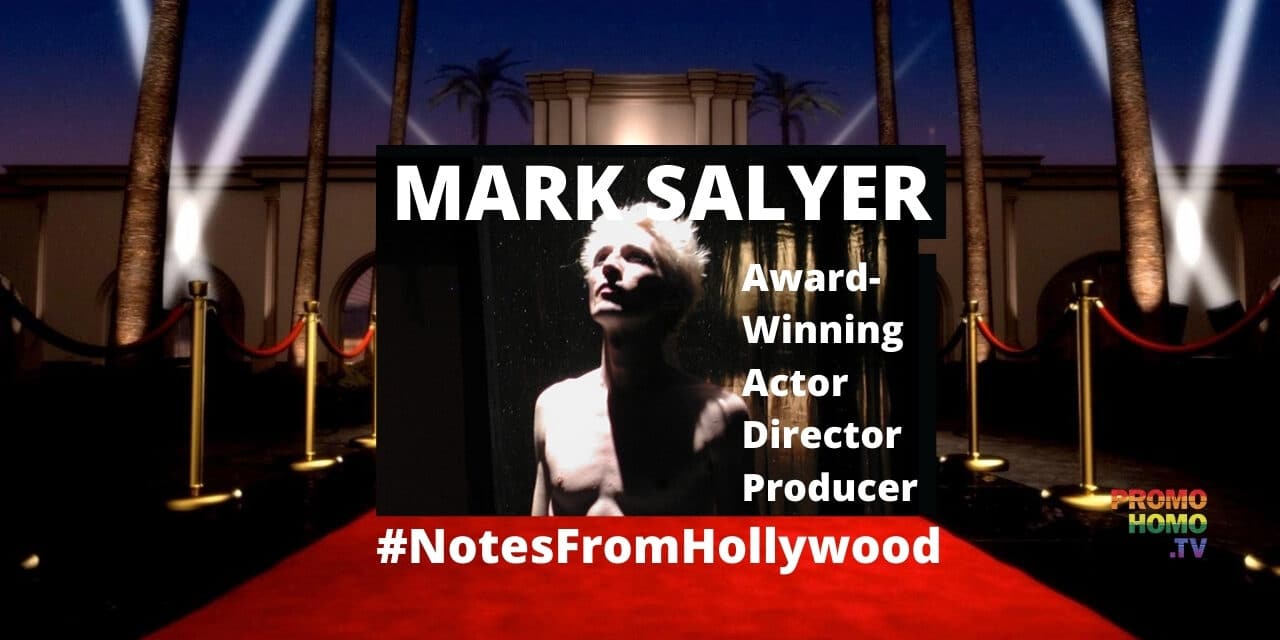 Mark Salyer has deep roots in professional theater on both coasts and in between, and a newer connection to Palm Springs, California, as we learn in this episode of Notes From Hollywood from PromoHomo.TV Producer/Host Nicholas Snow.

A native of Southwest Virginia, Salyer is an award-winning actor, director and producer. In 2004, he was featured in Sophocles’ Electra in Greece as part of the International Symposium on Greek Drama in Delphi celebrating the birth of Sophocles. Salyer was Atlanta’s Best Guest Actor 2003 for Hedwig and the Angry Inch. Directing credits include Williams’ Suddenly Last Summer, Puccini’s Madama Butterfly, Menotti’s The Medium, Strauss’ Die Fledermaus, Sondheim’s Into the Woods, Schwartz’ Pippin and Godspell, Big River, Little Shop of Horrors, The Rocky Horror Show, Cabaret and An Evening with Stephen Schwartz featuring Ben Vereen, Corbin Bleu and the composer himself.

Mark has taught at the University of Virginia‘s College at Wise, College of the Canyons in California, Stagebridge, Smart Actors and at Appalachian Children’s Theatre, a program serving students in the Central Appalachia region.

In September of 2015, Mark launched his new production company Appalachia Right At Ya developing projects for television and new media.

What’s he up to now? Watch, listen and learn.