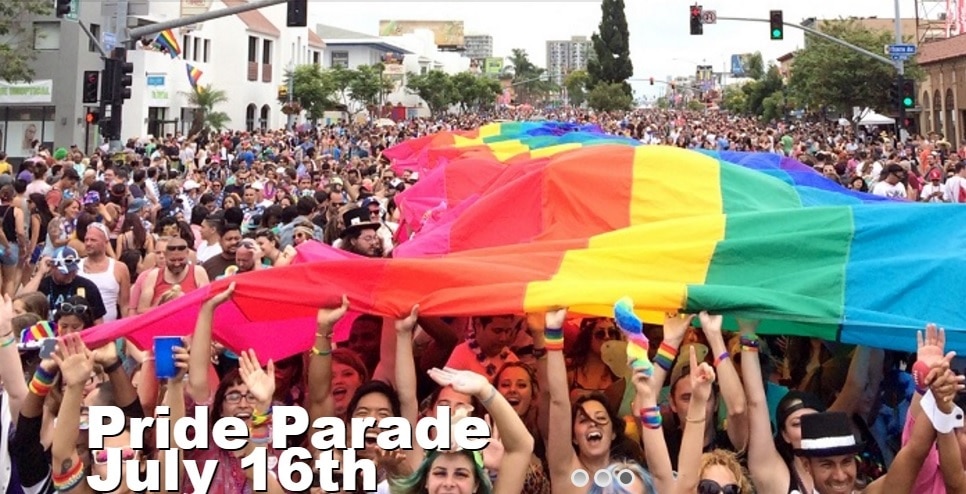 PromoHomo.TV and Nicholas Snow bring you comprehensive coverage of the 2016 San Diego Pride Parade which took place Saturday, July 16th, in the quaint Hillcrest neighborhood of the world class city.

Formed in 1974 as a sponsored program of The Center for Social Services, we produced the first Lesbian and Gay Parade in San Diego to celebrate the 1969 Stonewall Rebellion on New York’s Christopher Street. San Diego Pride incorporated as a 501(c)(3) nonprofit organization in 1994, and today it continues to bring together the skills, talents and vision of our diverse community through numerous programs.

San Diego Pride raises funds primarily through Music Festival ticket and beverage sales, sponsorships and exhibitor fees. This supports San Diego Pride’s community philanthropy which has distributed more than $2 million in advancement of its mission to foster pride in and respect for all LGBT people locally, nationally, and globally.