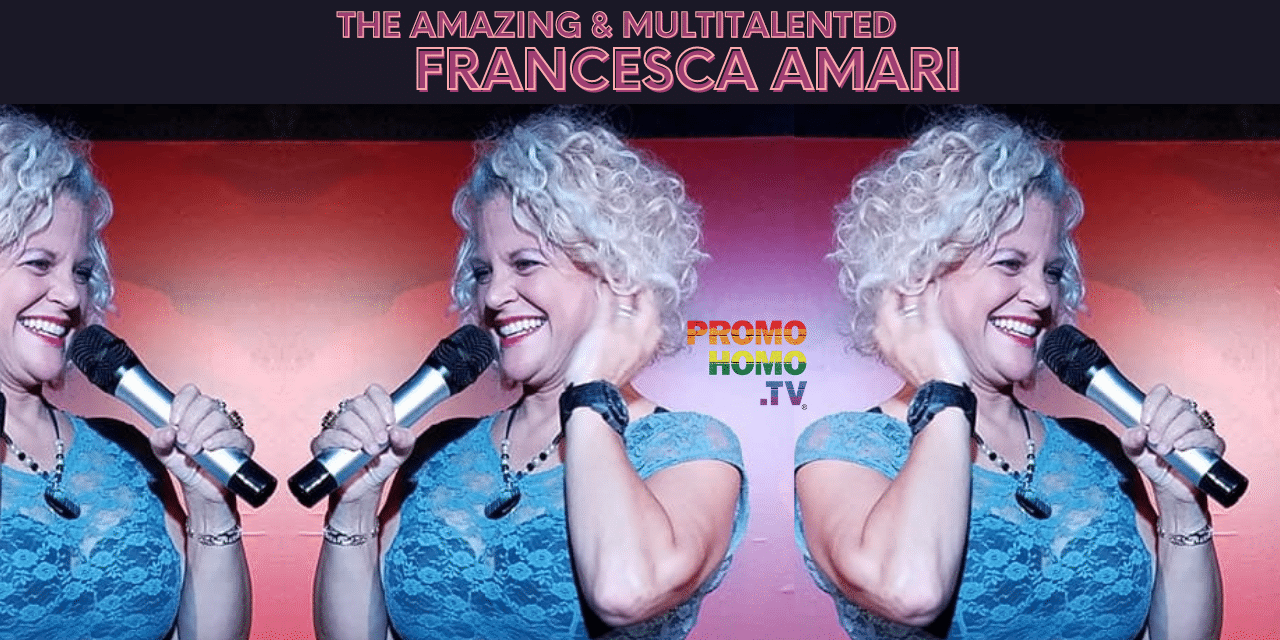 PromoHomo.TV® viewers perhaps came to know of Francesa Amari for the first time when she served as the Assistant Director of the network’s Palm Springs Pride Parade Broadcast, but she’s a star – not to mention a Stream Queen – in her own right. This versatile singer/cabaret artist’s broadcast – “Cocktails & Cabaret” – has been going strong, live, weekly, for more than a year.

As CV Weekly aptly said, ““If Francesca Amari isn’t a household name in your home, then you haven’t yet discovered the best music, theatre & magic that Palm Springs has to offer.” (The world is watching now as well!)

Francesca was named the winner of BroadwayWorld Palm Springs Award for Best Streaming Concert/Cabaret in 2022 for her Gilda Radner tribute show; was nominated Vocalist of the Decade by BroadwayWorld Palm Springs in 2020 & Best Jazz Vocalist in the 2020 & 2018 Coachella Valley Music Awards, and has performed @top-rated cabaret clubs from New York to Hollywood, including Birdland, Metropolitan Room, The Triad & 92nd Street Y in NYC; The Gardenia, Catalina Jazz Club, Mbar, Rockwell Table & E Spot/Vitello’s in Hollywood; Martinis Above Fourth in San Diego & the Purple Room in Palm Springs.

Other than that, Francesca’s not been up to much. Watch. Be entertained. Be inspired!