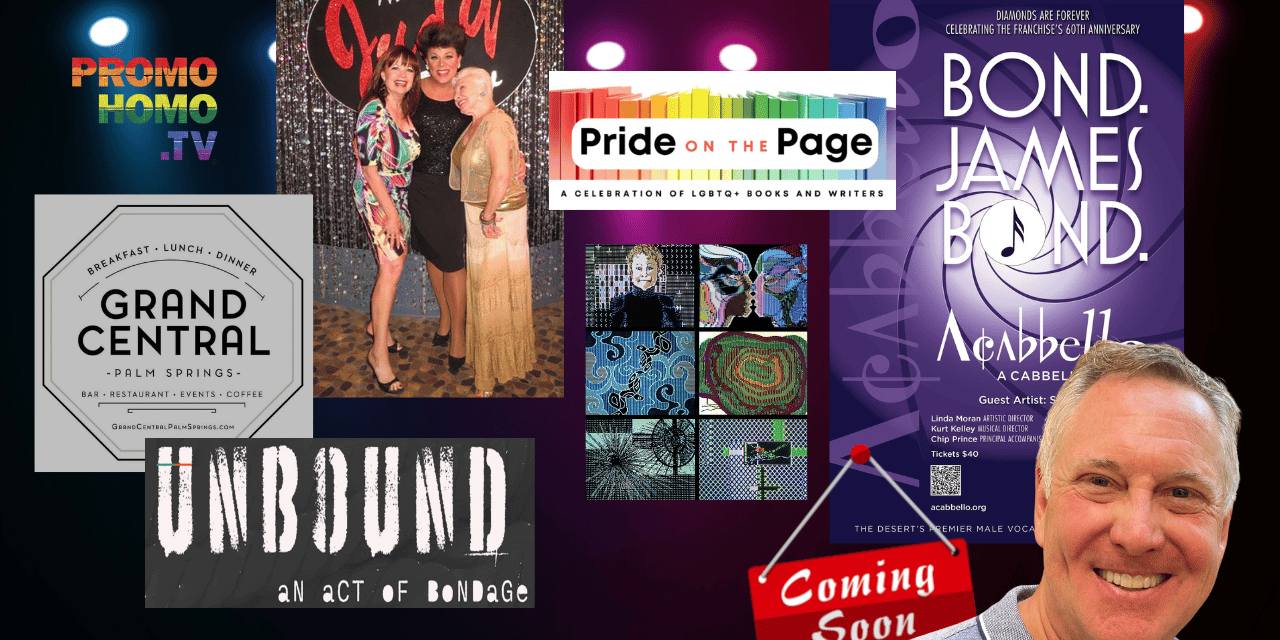 Telling stories for their clients is the heart of David Perry & Associates, Inc., helmed by none other than David Perry himself, CEO / Founder, and Alfredo Casuso, Principal and Creative Director. They’ve got so many stories to tell (for their clients and based upon their own social interests), Producer/Host Nicholas Snow thought it would be too to present The Palm Springs Season through their eyes.

David is a member of the board of directors and executive committee of the San Francisco Chamber of Commerce, serving as its small business chair. He is also a member of the San Francisco Hotel Council, co-founder / immediate past president of the nonprofit Rainbow Honor Walk and host / creator of “10 Percent” — the longest running LGBT show in California history (2009 – 2018). In March 2020, Perry partnered with Beyond Pix Studios in San Francisco and USA Today journalist Jennifer Jolly to produce an online TV show of COVID-19 resources called “The Great Pause.” Perry hosts an ongoing online video interview show entitled “Ahoy!” In 2020, Perry became one of the co-founders of BuildOUT California: the world’s first LGBT Industry Association dedicated to the sustainable growth of LGBT owned and certified businesses, and our allies, in the fields of Architecture, Engineering, Construction Services, Real Estate Development, and Related Industries

As a journalist, David has written over one hundred articles, and contributed to several national publications. He has represented clients in the United States, Canada, China and Europe. Originally from Richmond, Virginia, David began his career with the National Endowment for the Arts, followed by stints as Communications Director for San Francisco’s Yerba Buena Center for the Arts, Media Manager for the San Francisco Partnership, a public/private venture of the San Francisco Mayor’s Office and San Francisco Chamber of Commerce and edited the national nonprofit magazine Opportunity Knocks. David is a frequent lecturer on the ethics of public relations and how technology is changing and expanding traditional communications. David travels extensively and has visited more than 60 countries on six continents.

Perry’s debut novel “Upon This Rock” was awarded a prestigious Ben Franklin Silver Medal Award from the Independent Book Publishers Association. Praised by “Tales of the City” author Armistead Maupin as “an elegant, twisty thriller” and by best-selling writer and Guggenheim fellow Fenton Johnson as “The gay ‘DaVinci Code’ but a whole lot better”, it is the best-selling book ever for Pace Press. Perry and his husband / business partner, Alfredo Casuso, are coming up on their 25th anniversary.