PromoHomo.TV® Creator Nicholas Snow Guests on “Put It Together” with Daniel G. Garza 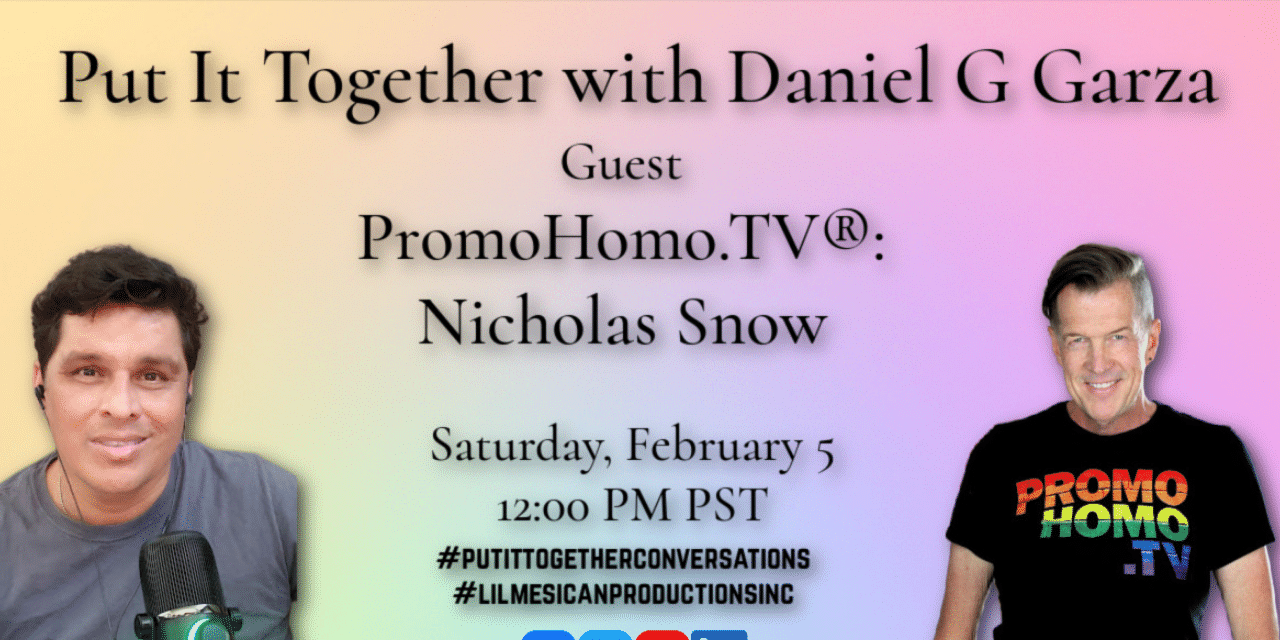 Nicholas Snow is honored to be included in this February 5th, 202 interview on Put It Together with Daniel G. Garza.

From the Put It Together episode promotion…

“Nicholas Snow is an actor, author, singer/songwriter and television host, and creator of PromoHomo.TV®, an online, globally accessible, free television network dedicated to ‘Connecting the Circuitry of Humanity’ by ‘Creating Programming for LGBTQ+ Everyone!”

For decades Snow has described himself as a Multimedia Entertainment Activist dedicated to “expressing my creativity in a way that makes a difference.”

Thanks for having Nicholas on the show, Daniel!