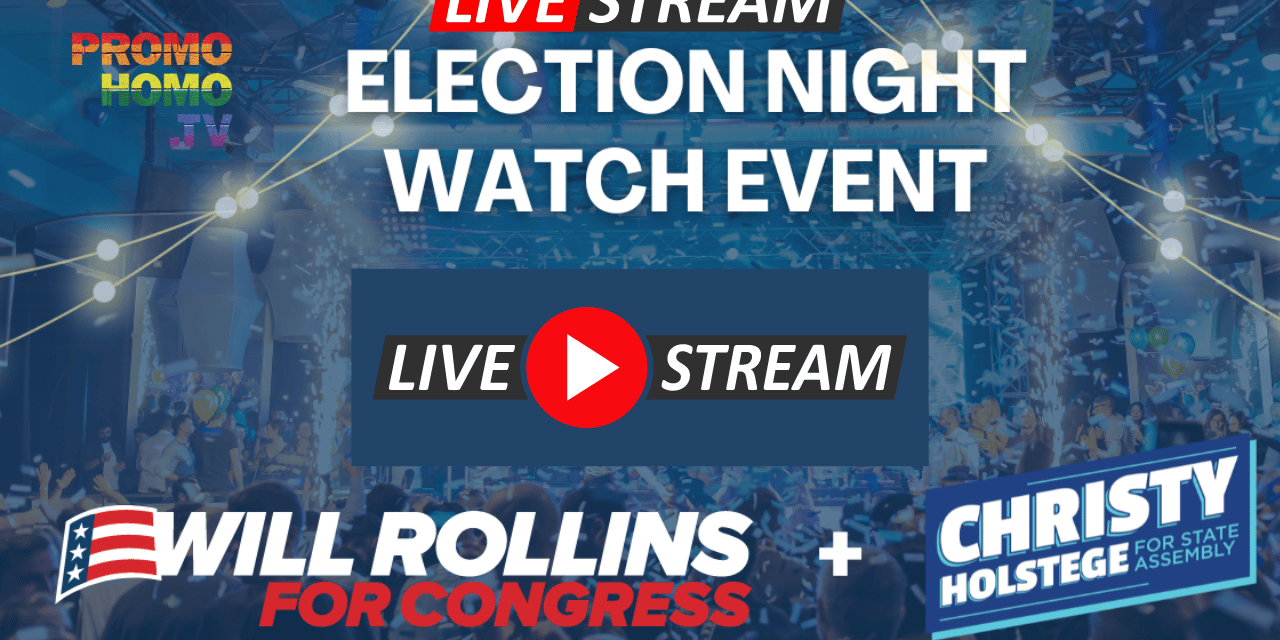 Nicholas Snow is live with PromoHomo.TV®️ for the joint election night watch event for candidates Will Rollins and Christy Holstege, both Democrats. 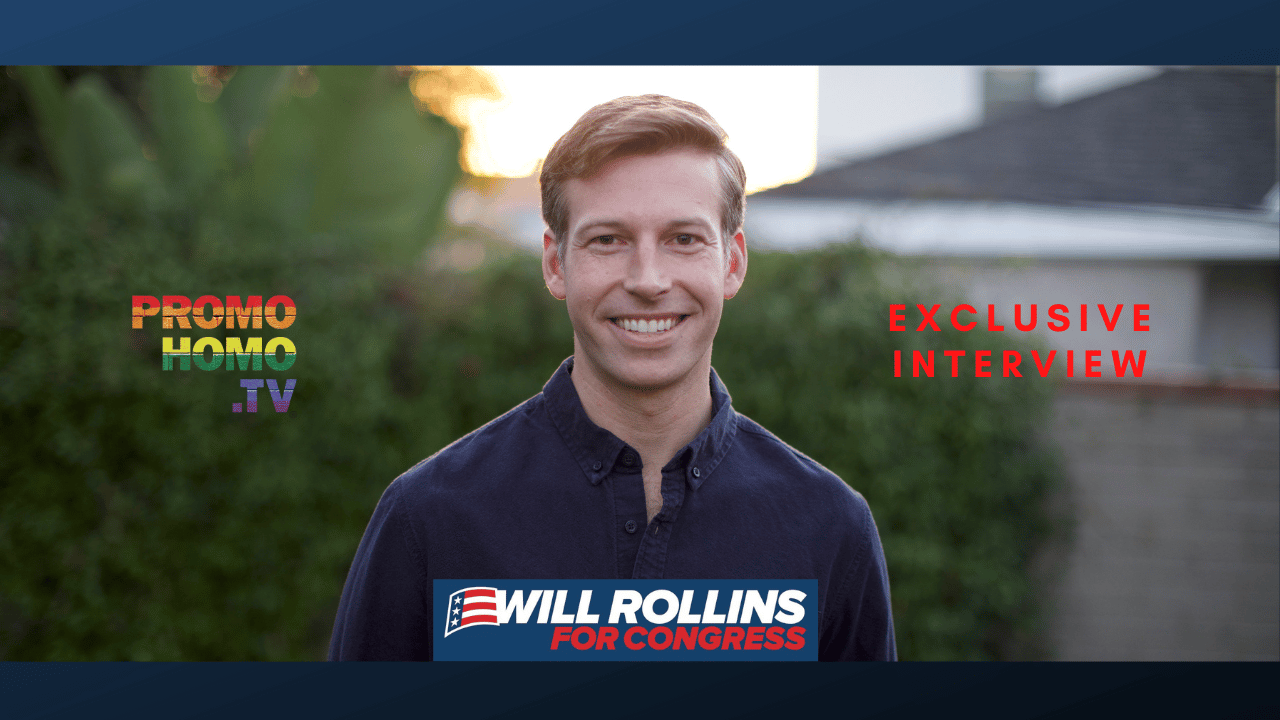 “Tucked away in the California desert, where windmills line the sprawling hills and rainbows adorn the crosswalks, a sizable progressive L.G.B.T.Q. community has turned a once reliably Republican stronghold into a battleground in the fight for control of Congress, giving Democrats hope for picking up a House seat that has long been beyond their reach,” reported Stephanie Lai in the New York Times Sept. 3, 2022.

Lai also writes, “Representative Ken Calvert, a Republican who has served in Congress for three decades, has almost never faced a tough re-election contest in this ruby-red corner of Southern California. But a redrawn political map in the state has reshaped his district this year, adding Palm Springs, a liberal bastion that residents proclaim to be the gayest city in America. The new district lines have put his seat at risk as he faces off against an openly gay Democrat, Will Rollins, a former federal prosecutor.” (See full story here).

One issue which separates the two candidates is abortion rights.

“I believe in equality and reproductive freedom for everyone,” says Rollins at his campaign website. “The recent Supreme Court decision effectively ends Roe and abortion access as we know it, overturning nearly 50 years of precedent. This decision is a horrifying reminder that the far-right will stop at nothing to dismantle reproductive rights.”

You can bet Rollins and Calvert are on opposite sides of most issues. Here’s what Rollins is fighting for: 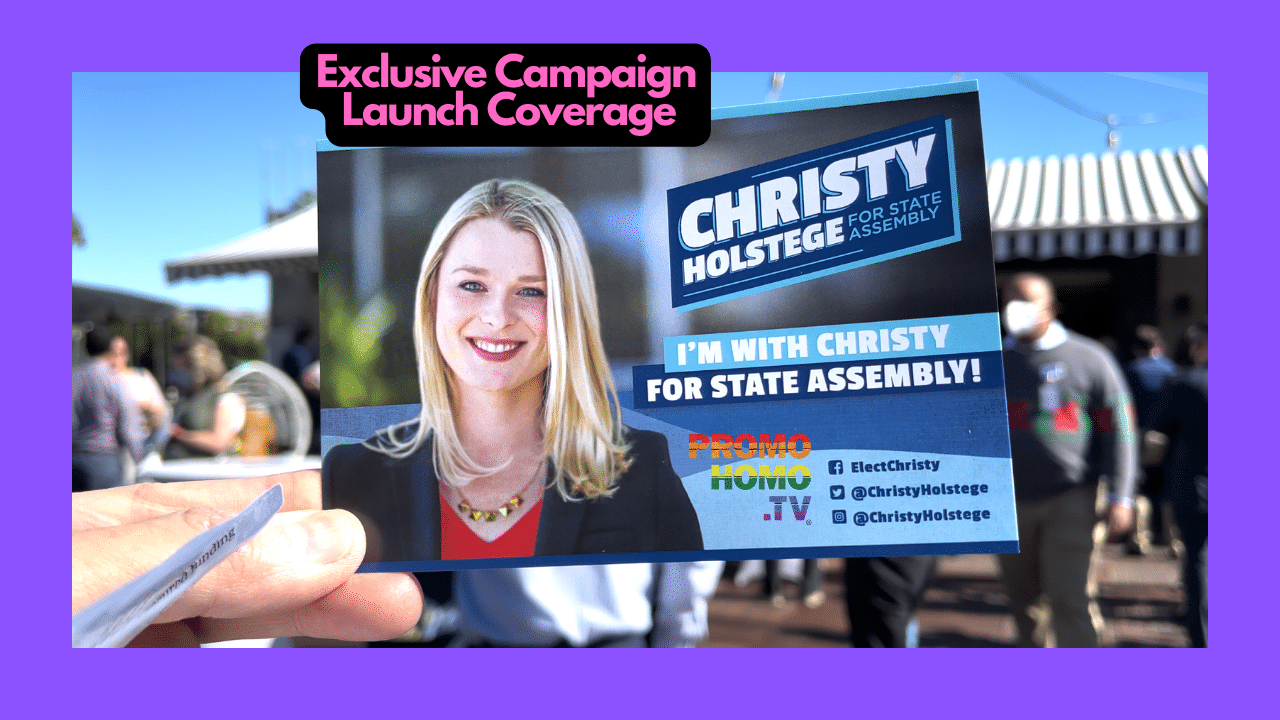 In the formative years of PromoHomo.TV®, Nicholas Snow first interviewed (and went on to endorse) Christy Holstege before she went on to win her race for Palm Springs City Council in 2017, going on to be reelected in a landslide in 2020, and serving as the city’s first ever female mayor, the city’s first millennial mayor, and the first openly bisexual mayor in America.

FROM HER OFFICIAL BIO

As the Mayor of Palm Springs, Christy has led the city safely through the COVID-19 crisis, addressed homelessness with innovative solutions, passed pro-housing policies to build more housing at all income levels, invested in green energy and worked to protect the environment, supported small businesses and created jobs with living wages, expanded healthcare and social services, and enhanced economic development to build an equitable economy that works for everyone.

During the pandemic, Christy led the charge in enacting strong worker protections, supporting small business relief, and providing healthcare and other critical social services to the community. Christy led the way in approving hero pay for essential workers, providing $1 million in small business relief, and converting the Palm Springs Convention Center to a COVID-19 testing site, a mass food bank with the national guard, and later a vaccination site that administered 42,000 vaccines and hundreds of thousands of free meals for residents most in need.

Christy has worked to address the housing crisis by securing $10 million in state resources for housing and homelessness services specifically for the city of Palm Springs, spearheaded new programs to house over 200 formerly homeless people, and approved the first affordable housing developments in the city in 10 years, using city land to build housing and investing millions of dollars to create hundreds of new affordable units for seniors, families, and low-income residents.

Christy has a wealth of experience as a community organizer and community leader, including serving on the board of directors for Planned Parenthood of the Pacific Southwest and Eastern Coachella Valley (ECV) for Change. She also served on the Palm Springs Human Rights Commission and the City of Palm Springs Homelessness Task Force. Previously, Christy organized the No on Proposition 8 and No on Proposition 4 campaigns in 2008 at Planned Parenthood, and served on the board of directors for Democratic Women of the Desert, the Human Rights Campaign, Coachella Valley Housing Coalition, Well in the Desert, a resident-owned mobile home park, and Women Leader’s Forum.

Christy earned a Juris Doctorate from Stanford Law School and a Bachelor’s degree in Cultural Anthropology from UC Santa Barbara. Christy is proud to live in Palm Springs with her husband Adam Gilbert, a small business owner and third-generation resident of Palm Springs, their new baby Aden born in October 2020, and their dogs Ollie and Layla in a home that their family has resided in for over 50 years.

For more information, visit In the formative years of PromoHomo.TV®, Nicholas Snow first interviewed (and went on to endorse) Christy Holstege before she went on to win her race for Palm Springs City Council in 2017, going on to be reelected in a landslide in 2020, and serving as the city’s first ever female mayor, the city’s first millennial mayor, and the first openly bisexual mayor in America.