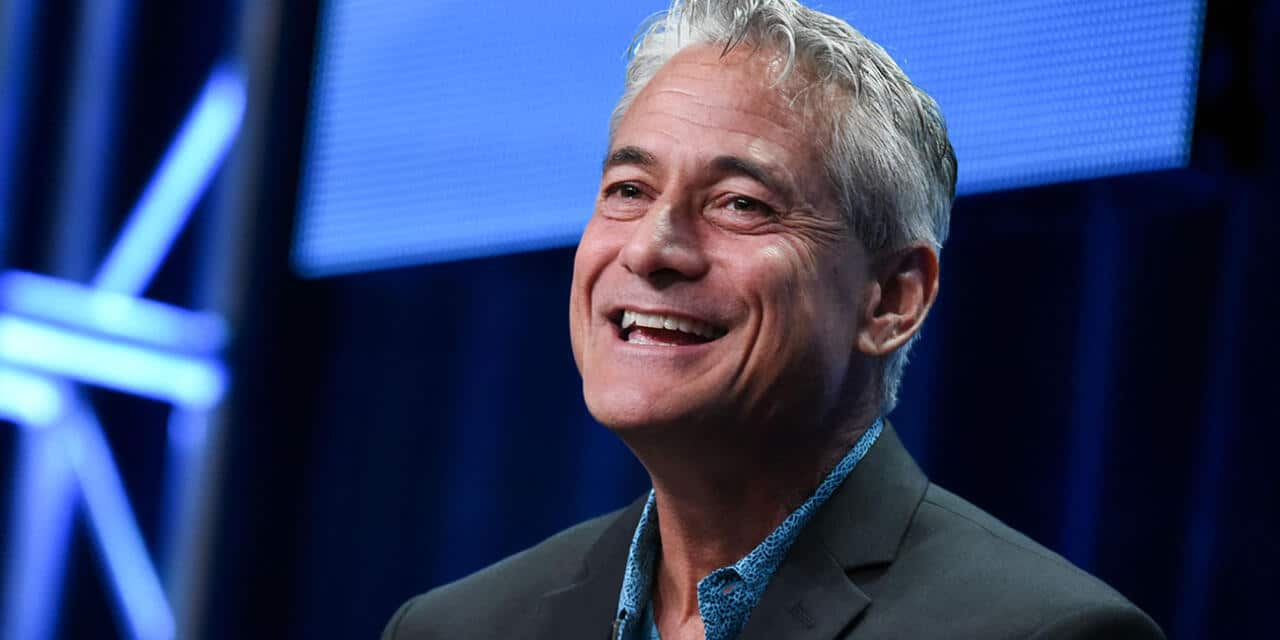 In the featured photo, Greg Louganis speaks onstage during the “Back on Board: Greg Louganis” panel at the HBO 2015 Summer TCA Tour held at the Beverly Hilton Hotel on Thursday, July 30, 2015, in Beverly Hills, Calif. (Photo by Richard Shotwell/Invision/AP)

EVENT SET FOR WEDNESDAY, SEPTEMBER 18, 2019 AS OUTLINED BELOW

People with HIV are living longer lives, thanks to advancements in scientific research and medical treatments; about half of HIV positive individuals in the US are age 50 and above. This is in stark contrast to the days when Desert AIDS Project was founded (1984), when HIV was a death sentence.

Greg Louganis is simply the greatest diver in history. You would be hard pressed to find a person who watched either the 1984 or 1988 Olympics who was not enthralled by the poetry that was Greg Louganis: the beauty and power of his diving captured the world. 2016 marked the 40th Anniversary of Greg’s first Olympic win- a silver medal at the 1976 Montreal Olympics, in platform diving, at the tender age of 16. Eight years later he became the first male diver to get double gold in springboard and platform in the 1984 Los Angeles Olympics, and again in the 1988 Seoul Olympics. He has earned a total of 5 Olympic medals, 5 World Championship titles and 47 national titles — more than any person in U.S. history. His records remain unbroken.

In 1988 Greg Louganis also tested positive for HIV. Coming out as a gay athlete in a time when it simply was not done, his 1995 autobiography, Breaking the Surface, spent five weeks at Number One on the New York Times bestseller list and his PGA and Emmy nominated Documentary Back on Board is receiving rave reviews nationwide and can now be seen on HBO. In 2016 General Mills announced that Greg would receive a Wheaties Box for his achievements, and that development was so significant it warranted a New York Times exclusive. He had the honor of being included in ESPN’s 2016 annual Body Issue, and in 2017 was the first openly gay Grand Marshal of The Rose Parade. In 2019, he continues to serve as Sports Director for Red Bull Cliff Diving, a division of Red Bull, one of the world’s best known brands.

The story of Greg’s life, is a story that has inspired millions, and he regularly speaks to the most significant organizations and companies in the world to share that story. Today, as a speaker, author, actor, activist, humanitarian and designer, he continues his tradition of excellence in every field he touches.

About The Aging Positively Conference