“Notes From Hollywood” has Surprise Premiere on PromoHomo.TV 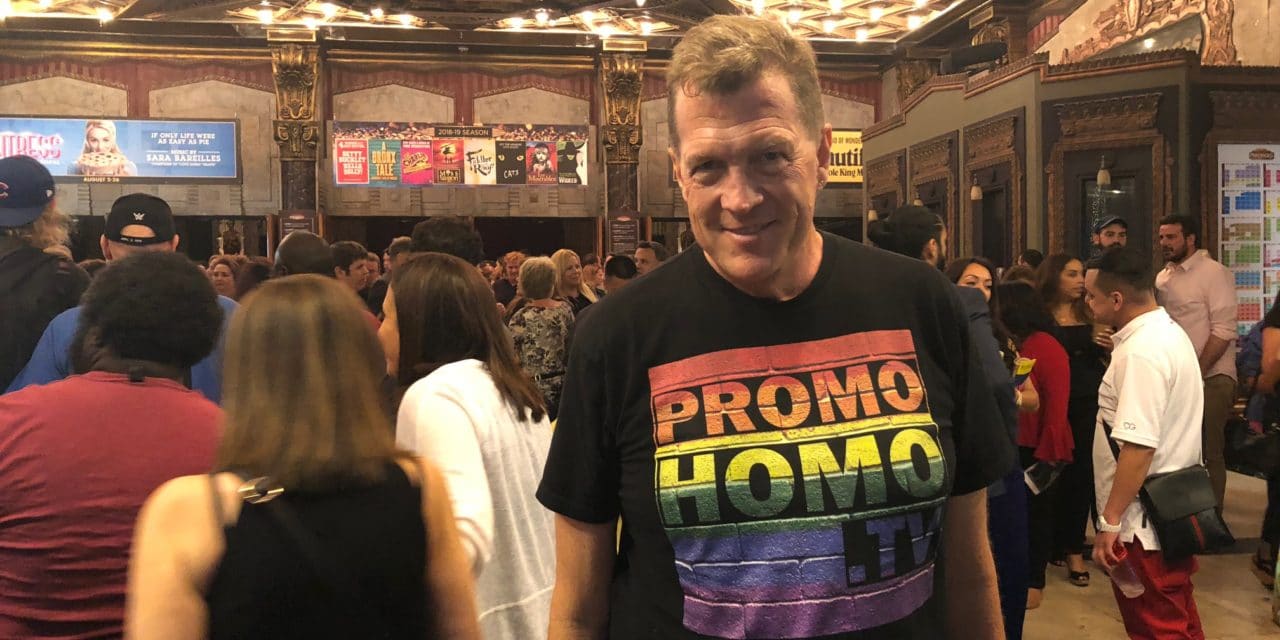 PromoHomo.TV founder Nicholas Snow surprised his audience Tuesday, July 10, 2018, with the unannounced premiere of the latest show in his network’s online lineup, Notes From Hollywood.  Snow originally conceived the brand as a column 28 years ago, in 1990, while serving on the Board of Directors of the Alliance for Gay and Lesbian Artists (AGLA) in the Entertainment Industry. The column was syndicated as far away as Australia.  The brand has existed as a radio report and as a website, and now, as a brand new show featuring “Hollywood Reports and Profiles of People Passionately Pursuing Professions in the Entertainment Industry.”

“Where better than to premiere than on Hollywood Boulevard at an opening night at the glorious Pantages Theatre,” explained Snow about the opening night of ON YOUR FEET.  Snow’s broadcast features a cameo appearance by Gloria Estefan herself! “The show is absolutely spectacular, and it was such an honor to speak with Gloria,” he said.

During the premiere, Snow announced he will broadcast daily coverage of Outfest: The Los Angeles LGBTQ Film Festival.  Also on the horizon, Snow will report from the Heartland Film Festival taking place in October 11-21, 2018, in Indianapolis, Indiana.

Most PromoHomo.TV programs originate on Nicholas Snow’s official Facebook page, and then find their way across social media, landing at the official website.  The programming is amplified across the globe in association with the #ILoveGayTV campaign spearheaded by Snow’s longtime collaborators, Matt Skallerud and Fabrice Tasendo.

In a recent 12-month period, PromoHomo.TV has had 250,000 video views, consistently reaching people in around 50 countries.  The top four cities in which viewers are located are Palm Springs, Los Angeles, New York and Bangkok.  Why Bangkok, you may ask?  Snow lived and worked in Thailand for 5-1/2 years as an actor, journalist and foreign correspondent, and has quite a following there.

In upcoming episodes of Notes From Hollywood, expect more red carpets, but also in-depth interviews with the broad spectrum of people pursuing entertainment careers.  Snow will also profile the expansion of his own acting, writing and broadcasting career.