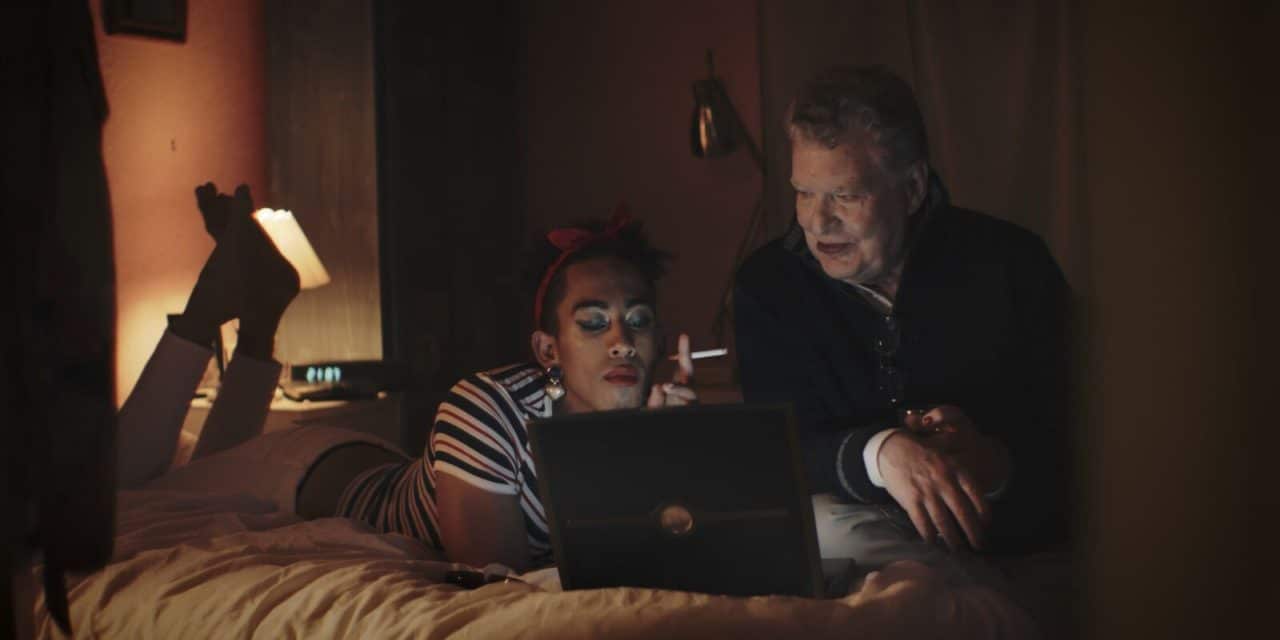 EMBEDDED VIDEO BELOW: Complete red carpet and awards ceremony coverage, and a complete list of winners!  ABOVE: a production still from Tucked, directed by Jamie Patterson, winning Best Narrative Audience Award, and in a tie, the International Narrative Feature Grand Jury Prize. 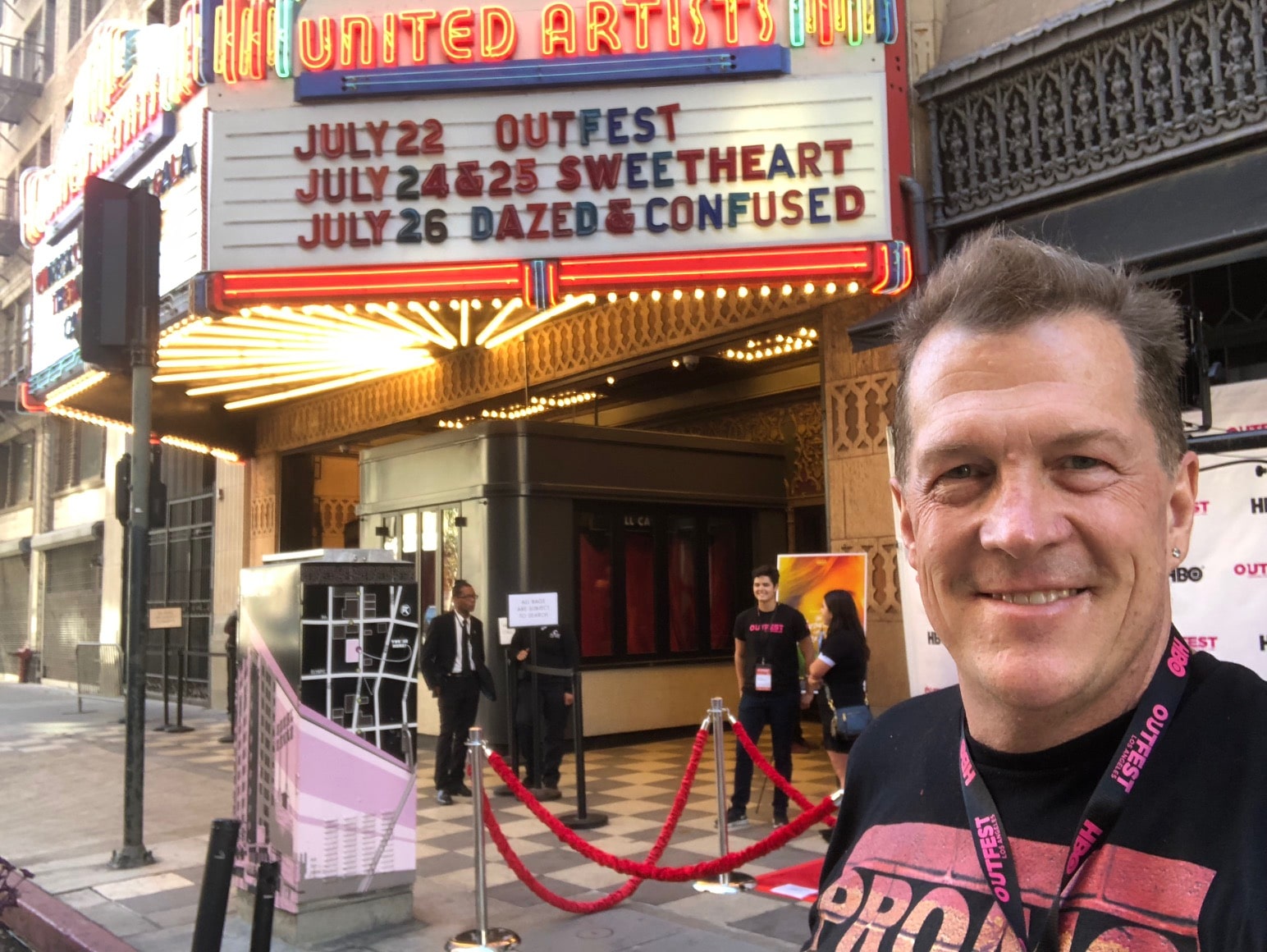 Because of a technical glitch, the live broadcast was presented in two segments with about 30 seconds of the show missing in-between.  Congratulations to all of the winners!

PART I of II BELOW:

The 2018 Outfest Awards Presentation LIVE on the all new #NotesFromHollywood on #PromoHomoTV with Nicholas Snow.Due to a technical glitch, the live broadcast is presented in two parts, with about 30 seconds of the show missing between broadcasts.

PART II OF II BELOW:

Best Experimental Short Audience Award
These Are My Hands, Directed by Evi Tsiligaridou

When the Beat Drops, Directed by Jamal Sims

The Documentary Feature Grand Jury Prize goes to When the Beat Drops for its heart, energy, and triumphant spirit as it explores a vibrant community of under-appreciated performers in this directorial debut that exhibits great potential.

We the Animals, Directed by Jeremiah Zagar

The U.S. Narrative Feature Grand Jury Prize goes to We the Animals for its undeniable beauty, cinematography, performances, and wildly distinctive style. The film’s approach to both the painful beauty and destructive nature of the family dynamic was a riveting experience, equal parts a story of the birth and death of love, well-captured and heart-wrenching.

The Grand Jury Prize for Best Performance in a U.S. Narrative Feature goes to Drew Droege in Bright Colors and Bold Patterns for an undeniably bold and funny performance, remarkable for its world building. It’s a universe which keeps the audience riveted; equal parts poignant and comedic, and entirely singular.

The Grand Jury Prize for Best Performance in a U.S. Narrative Feature goes to Yen Tan for 1985. The filmmaker’s realistic, vibrant, yet restrained script is the work of a rigorous and lyrical mind, whose well-crafted words detail a tender account of an important period of time in LGBTQ and American history. Their emphatic vision is an important statement, and one that has the qualities of the best of writers; making a personal story one of universal compassion.

Skate Kitchen for Ensemble Performance, Directed by Crystal Moselle
A Special Mention for Ensemble Performance goes to Crystal Moselle’s film Skate Kitchen for its authenticity, emotional connection, and glimpse into the riveting world of skateboarding, the audience witnessing a coming-of-age story of female friendships through this talented acting ensemble.

The International Narrative Feature Grand Jury Prize goes ex aequo to Hard Paint and Tucked, two completely different stories that capture hearts through outstanding performances and exquisite cinematography. The directors offer us stories that depict the beauty of accepting yourself; a troubled young man and an old drag queen become an ode to embracing differentness and individuality.

Montana, Directed by Limor Shmila (Israel)
A Special Mention goes to Montana, which showcases a new, refreshing voice and powerful performances in a sensitive portrayal of a community that speaks volumes about the range of the human spirit.

The Grand Prize for Best International Narrative Short Film goes to The Things You Think I’m Thinking. At a time in our history where the divides between us are growing larger, this film offers a brave depiction of an intimate moment that reminds us oftentimes the greatest barriers are the ones we create for ourselves. With great vulnerability, this film unflinchingly examines how our own insecurities affect our happiness and our ability to connect with others.

Dressed for Pleasure (Je fais où tu me dis), Directed by Marie de Maricourt
A Special Mention goes to Dressed for Pleasure for balancing the playfulness of sexuality and the vital importance of a supportive community in a whimsical story. In a time when embracing your identity is more important than ever, this film celebrates the discovery of desire, no matter where it leads or where your passions lie.

Between Us Two, Directed by Tan Wei Keong
The Grand Prize for Best Documentary Short Film Award goes to Between Us Two for illuminating the emotional interior of the filmmaker — who reflects upon the loss of his mother with a poignant mix of animation and archival footage, and transports us through powerfully concise writing.

These Are My Hands, Directed by Evi Tsiligaridou

A Special Mention goes to These Are My Hands, a film that is truly unique in its structure, subject, and cinematography. A beautiful portrait of how our bodies come to carry our stories — marked by our pain, our love, and resilience. The filmmaker’s voice and courage to use their own body to illustrate what often goes unseen is moving.

The Grand Jury Prize for Best U.S. Narrative Short goes to Fran This Summer for effortlessly showing the beauty of the small things, the subtlety of trans experience, and the sacred nature of everyday moments. In a world that demands that trans storytelling be big in order to matter, this short is a welcome and soaring departure.

The first Special Mention goes to Tooth and Nail for communicating, in equal parts, the ache of loss and the comedy of asking for your brother’s sperm as a queer woman. There’s something about cancer, weed, and grandma getting stoned that truly brings a family together and elucidates the reality of queer experience in America. The second Special Mention goes to Happy Birthday, Marsha! for proving through sheer creative brilliance that trans stories are best told by trans people. Almost 50 years ago, trans women of color, drag queens, and gender nonconforming people kicked off the riots at The Stonewall Inn. But for decades, that wasn’t how the story was told. Too often, gay white men have co-opted movements or been given sole ownership of ideas that were created by trans people of color. From Netflix documentaries to history books, credit has not always been given where credit is due. Not any more.

The 2018 Programming Award for Emerging Talent goes to Caroline Berler for Dykes, Camera, Action, an impressive debut feature profiling the female directors who make up the queer canon — most of whom are Outfest alumni.

The 2018 Programming Award for Freedom goes to Leilah Weinraub for Shakedown, an intimate and fearless exploration into a rarely depicted culture devoted to black female pleasure. The director’s deep commitment over time brings light to this vibrant world and the characters within it.

The 2018 Programming Award for Artistic Achievement goes to Anucha Boonyawatana for Malila: The Farewell Flower, for a stunning piece of cinema that brings to life the vulnerability and emotions that come from an undying love that transcends humanity’s fate.

Man Made, Directed by T Cooper

Founded by UCLA students in 1982, Outfest is the world’s leading organization that promotes equality by creating, sharing and protecting LGBT stories on the screen. Outfest builds community by connecting diverse populations to discover, discuss and celebrate stories of LGBT lives. Over the past three decades, Outfest has showcased thousands of films from around the world, educated and mentored hundreds of emerging filmmakers, and protected more than 35,000 LGBT films and videos. Outfest Los Angeles LGBT Film Festival is eleven days of world-class films, panels, and parties.